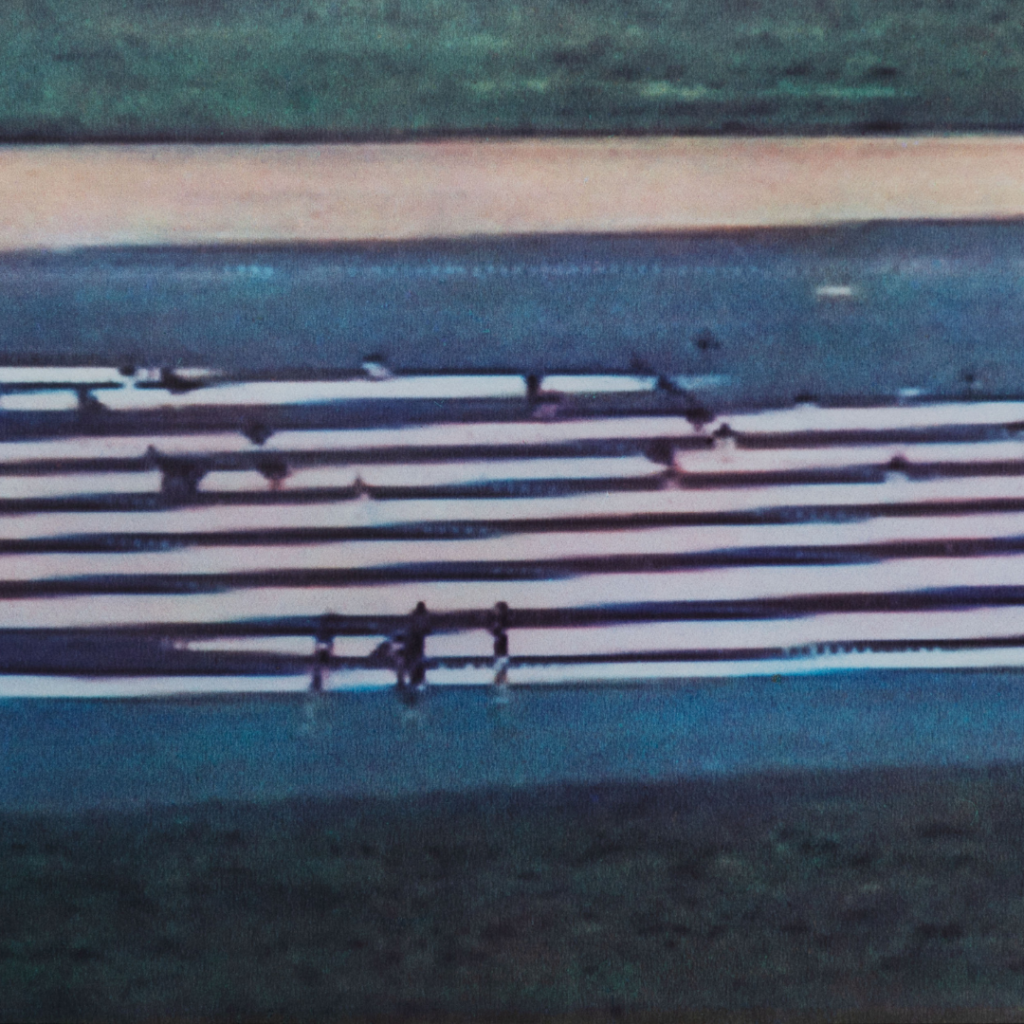 It was in a landscape that was both «familiar and new,» to use the words of Clément Delépine, co-founder of the very underground travelling off fair, Paris Internationale, and now the director of Paris +, that we surveyed the 156 stands of the new offshoot of Art Basel, grafted on in place of the legendary […]

FOCUS / WORK FROM THE COLLECTION OF THE FONDATION LOUIS VUITTON 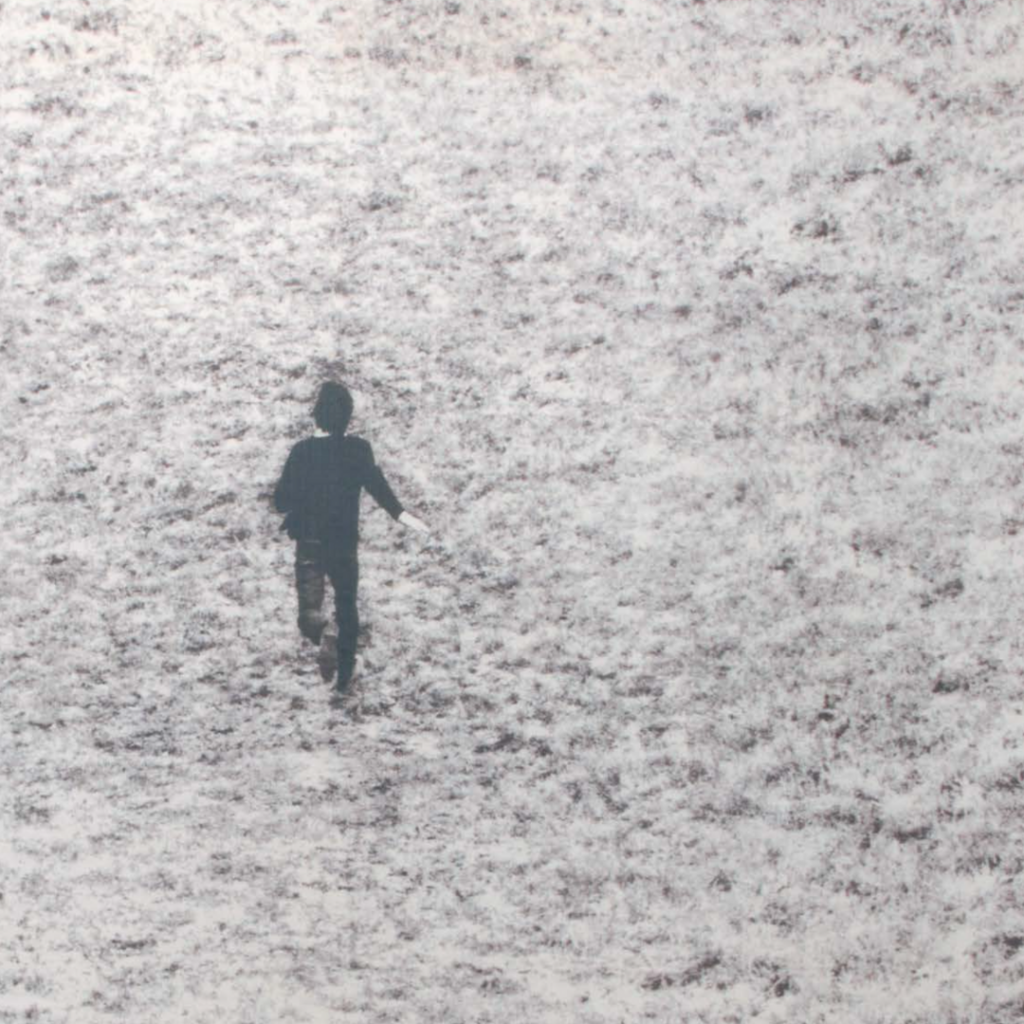 A small silhouette photographed from behind, from above, walking in a large grassy area measuring 3.5 m x 5.1 m: a point in the immensity, a crossing… It is a manifesto work, embodying all the dreams of emancipation of the image of the avant-garde artists of the 1970s, that we have chosen from the collection […] 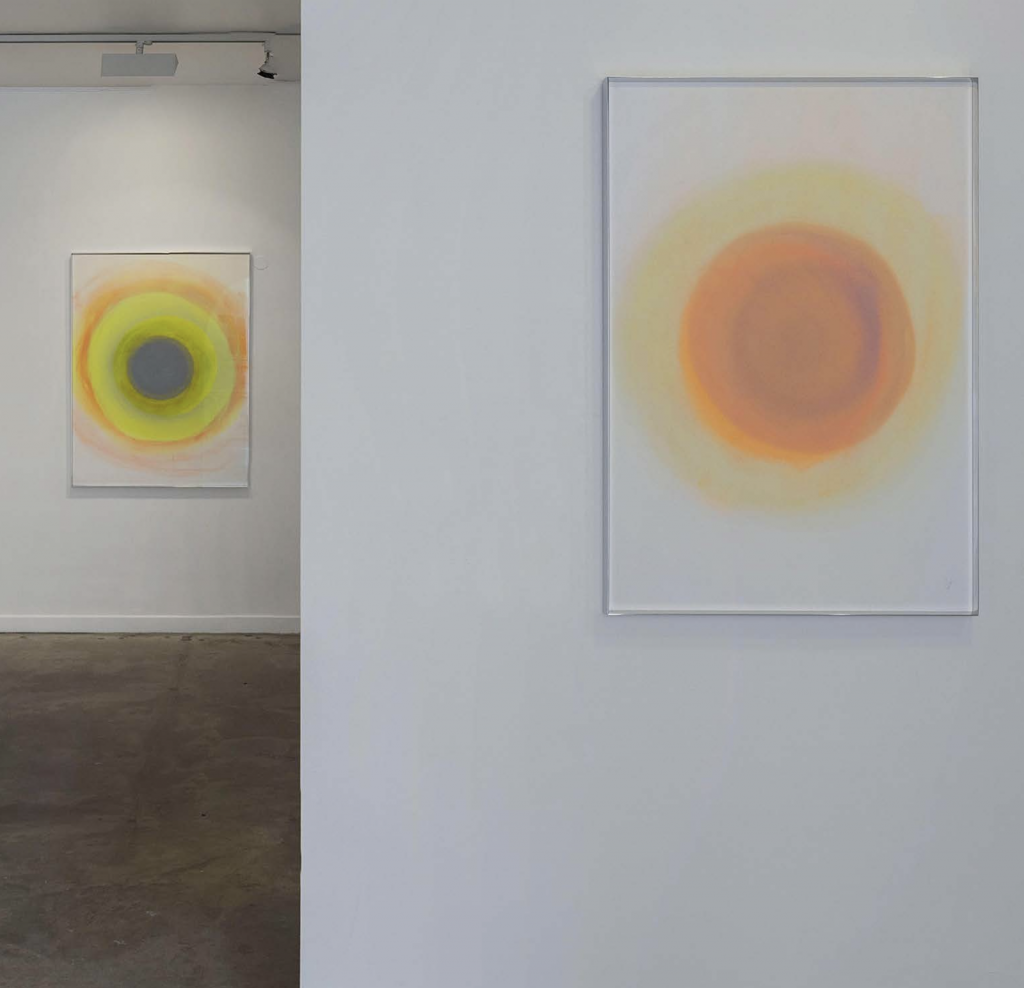 «The digital world is expanding and the analogue world is contracting,» says Carmen Winant, who has turned the massive collection of archival images and their reappropriation into a new plastic and narrative medium. Following the example of the American photographer, whose images in her latest mural mosaics are detached from the wall to occupy the […] 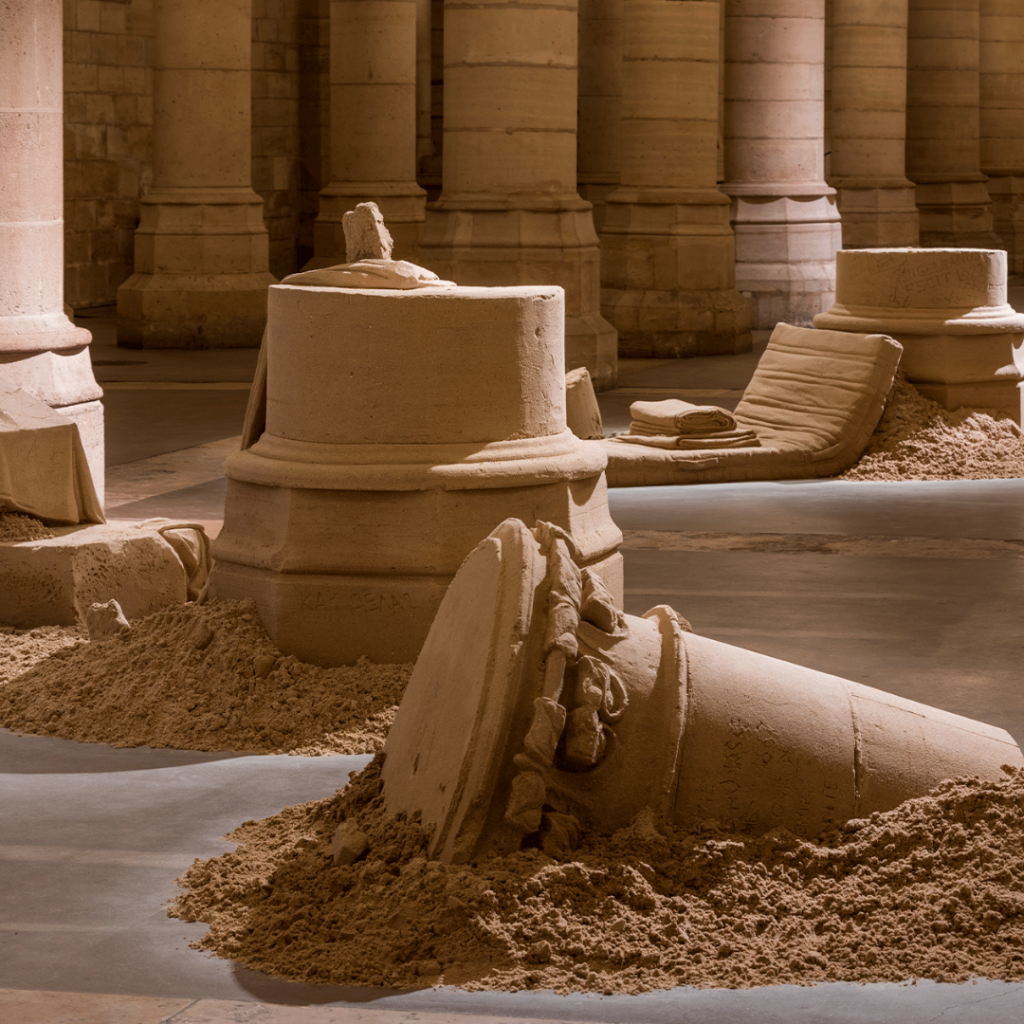 Mattresses, sleeping bags, pieces of cardboard, dismantled beds, broken stones, and truncated columns… What are these ruins, of sand, that Théo Mercier has brought to light under the centuries-old vaults of the Conciergerie? Are they ours? Those of our world “in crisis” – at war, bankrupt, on borrowed time…? Or those of another world? Of […]

A cry, all the work of Adel Abdessemed is a cry. A cry against the cruelty of the world and the ferocity of man. A cry pushed as one stabs space, with sabers or swords – of which he has made impressive (but very unimpressionistic) bouquets of Water Lilies (presented at the Venice Biennale in […]

LESS, AN AMBIGUOUS WORK IN PROGRESS 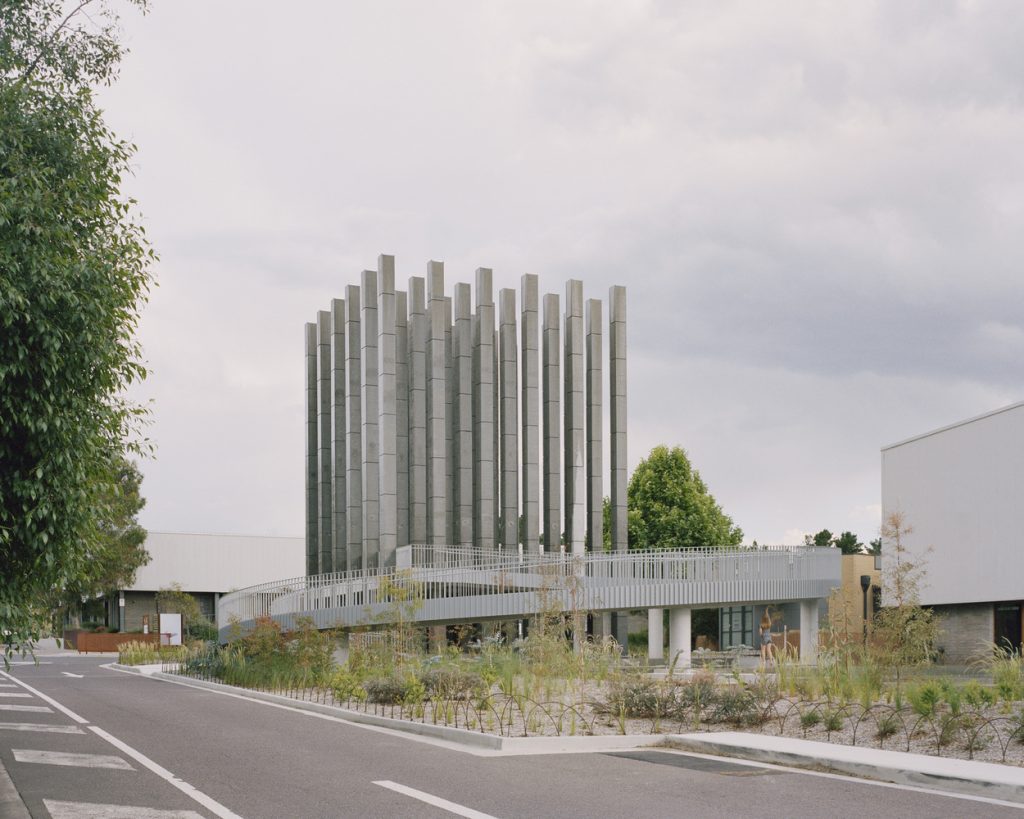 Recently completed in Canberra, Australia, LESS was designed by Chilean art and architecture studio Pezo von Ellrichshausen. An intentionally enigmatic structure, LESS aims to contribute to the evolving social landscape of Dairy Road, by providing a landmark and a gathering place. LESS invites the evolving community to interact with and occupy its varied spaces as […]

Reaffirming, once again, “its desire to anchor its commitment to contemporary creation in a historical perspective,” the Fondation Louis Vuitton is offering this fall a flamboyant dialogue between the precursor of abstraction, Claude Monet (1840-1826), and one of its most dazzling exponents, Joan Mitchell, who was born in 1925 in Chicago, a year before the […]

Alternately drawn or sculpted, suspended or camped on the ground (sometimes on wheels), the organic forms imagined by Tatiana Wolska spread in the space in twists, undulations, concretions, tangles, rustlings… Proliferating sinuous forms extending beyond the frame (of the sheet of paper or the inhabited architecture), they seem to be moved by an inner, invisible […]

Born in 1965 in Bruges and a graduate of the Ghent Academy of Fine Arts (K.A.S.K.), Sophie Kuijken paints strange and fascinating portraits in the solitude of her studio in Leuven. Portraits whose strangeness is consciously accentuated by the classicism of the workmanship (of an almost polished realism) and the poses adopted by the models: […]

Enclosure, confinement, isolation, uprooting, destitution, disruptions, wanderings, fears…: the list of evils of our world in the grip of doubt and anxiety is endless. From the ravages of war to political lies, from global warming to pandemic cycles, the 200 artists gathered at the 16th Lyon Biennial of Contemporary Art (spread over twelve venues) review […]