STUDIOPEPE OR THE CONVENTIONS OF THE NEW LUXURY 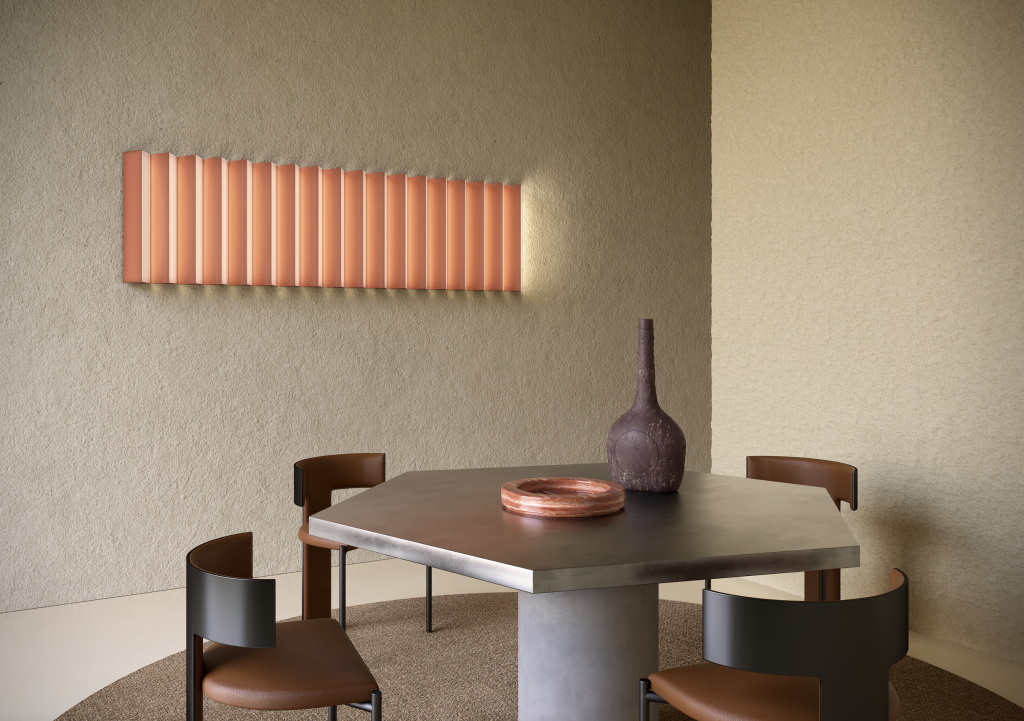 Milan. 2006. Arianna Lelli Mami and Chiara Di Pinto launch StudioPepe in the Lombardy capital. Their objective? Research, through the use of a multidisciplinary approach: this includes interior design, product design, and creative consulting. Based on experimentation, their approach also includes the analysis of colors, materials, and a language borrowed from contemporary art. A formula […] 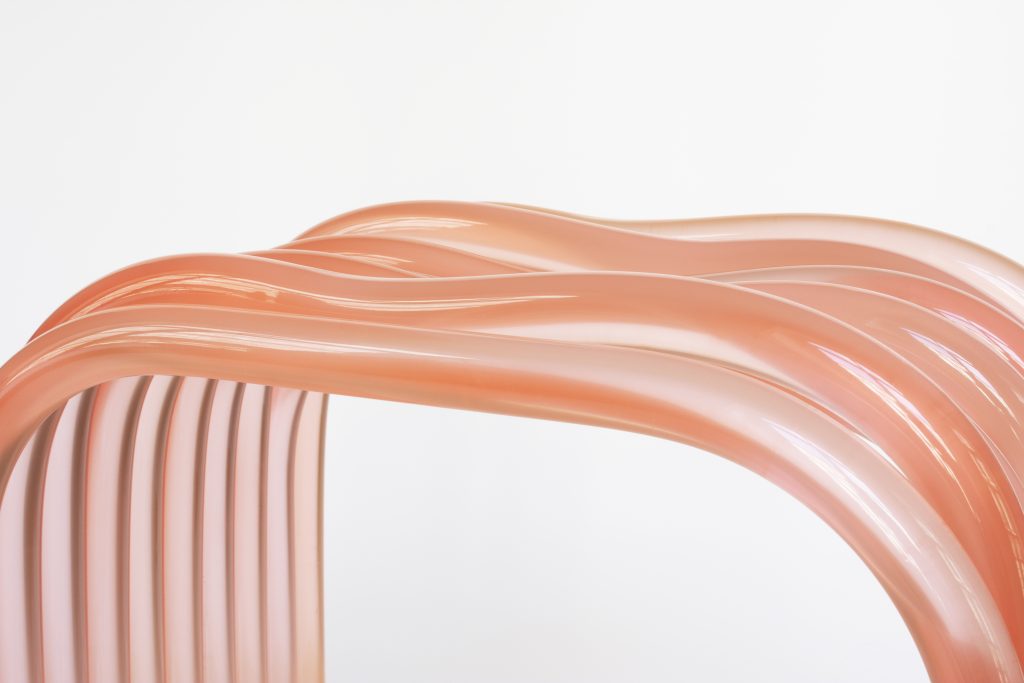 The story of Sabourin Costes began at the Design Academy in Eindhoven. Zoé Costes and Paola Sabourin met there in 2015. They then, individually, cultivated their own vision of the discipline. While Zoé moved to China where she joined the design team of the Neri and Hu agency in Shanghai, Paola moved to Rotterdam, where […] 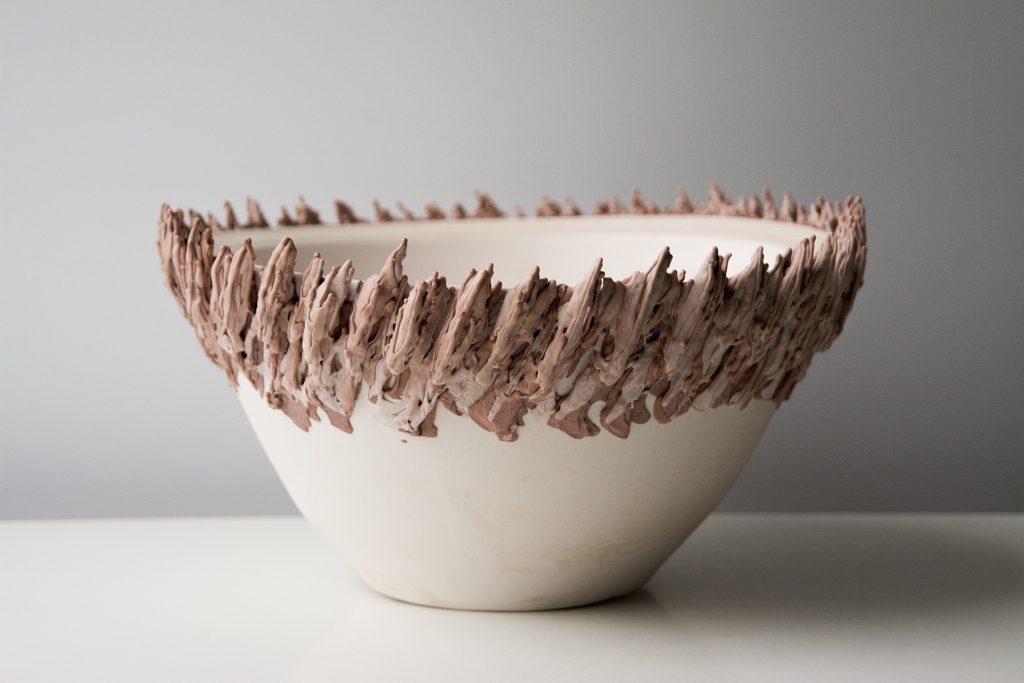 Born in 2009 in Amsterdam, Studio Floris Wubben is known for its innovative design practice through exceptional ceramic pieces that question the boundaries of form and function.  Among Wubben’s most notable pieces is “Erosion,” a collaboration with ceramic studio Cor Unum, which includes bowls, cups, and pots. An unusual and ingenious range, which was created […]

CHARLOTTE CHESNAIS AND THE CURVES OF THE BODY 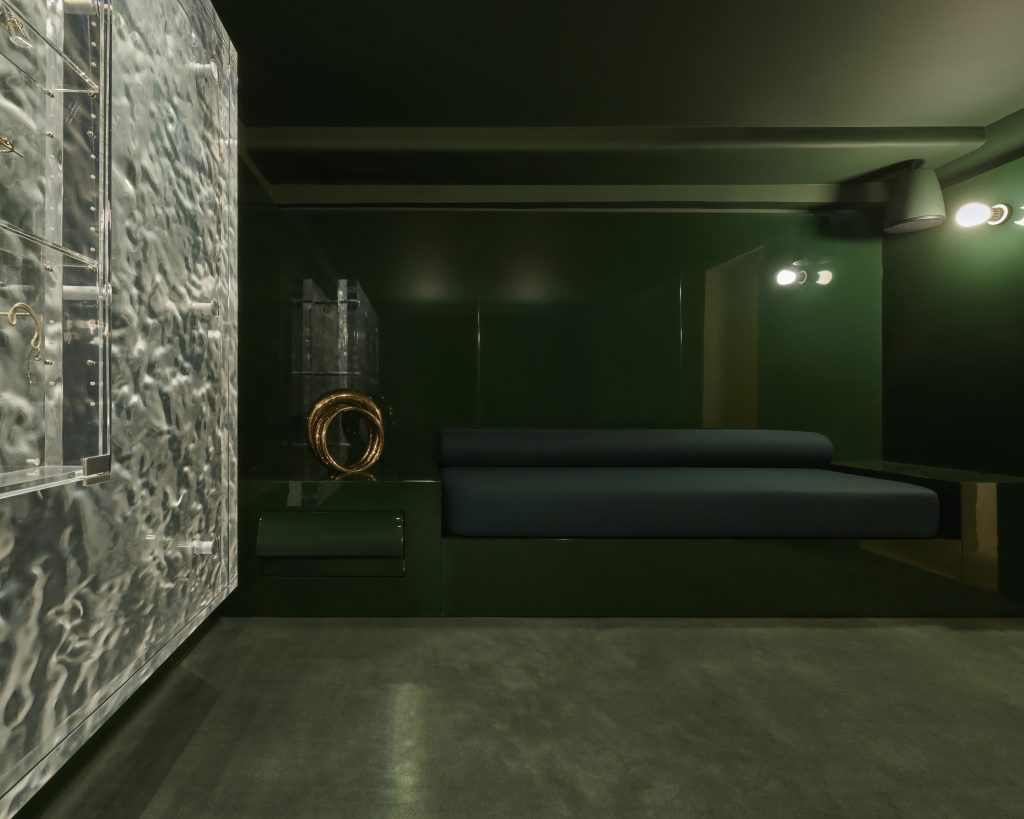 A universe where everything is calm and voluptuous! This could be a description of Charlotte Chesnais‘ new Left Bank boutique. A place that magnifies her creations, designed to fit the body. This young designer is inspired by movement to imagine timeless, ingenious, and racy pieces. Making her debut at Balenciaga alongside Nicolas Ghesquière, with whom […]

THE EXPERIMENTATION OF SHAPES AND MATERIALS 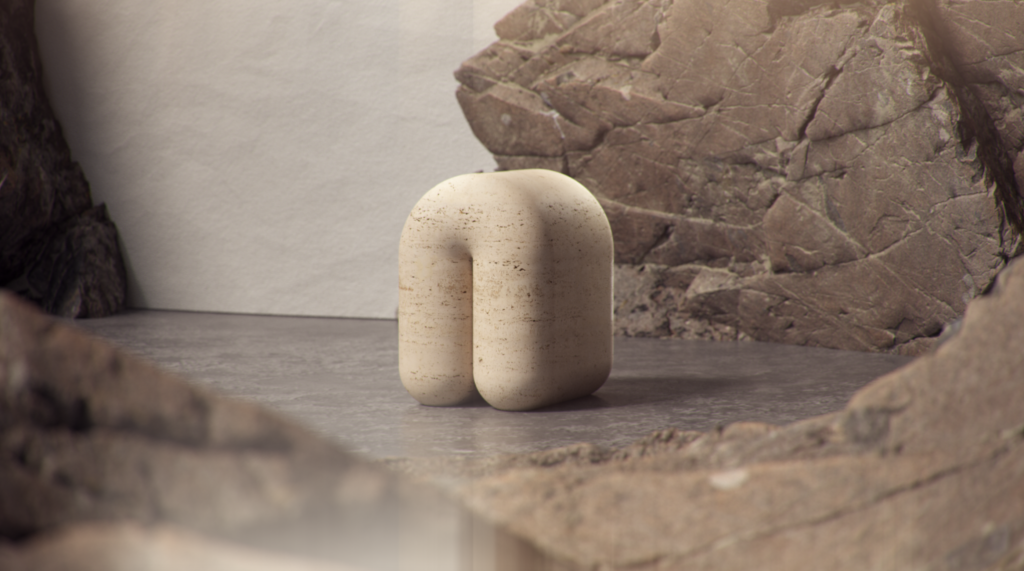 Like colors and materials, shapes influence our perception of what surrounds us and provoke a different emotion, whether they are rounded or straight. Designer Arthur Vallin has well understood this concept in developing his innovative and artistic creations, playing with shapes and materials to create a visual experiment.  Arthur Vallin first studied at the prestigious […] 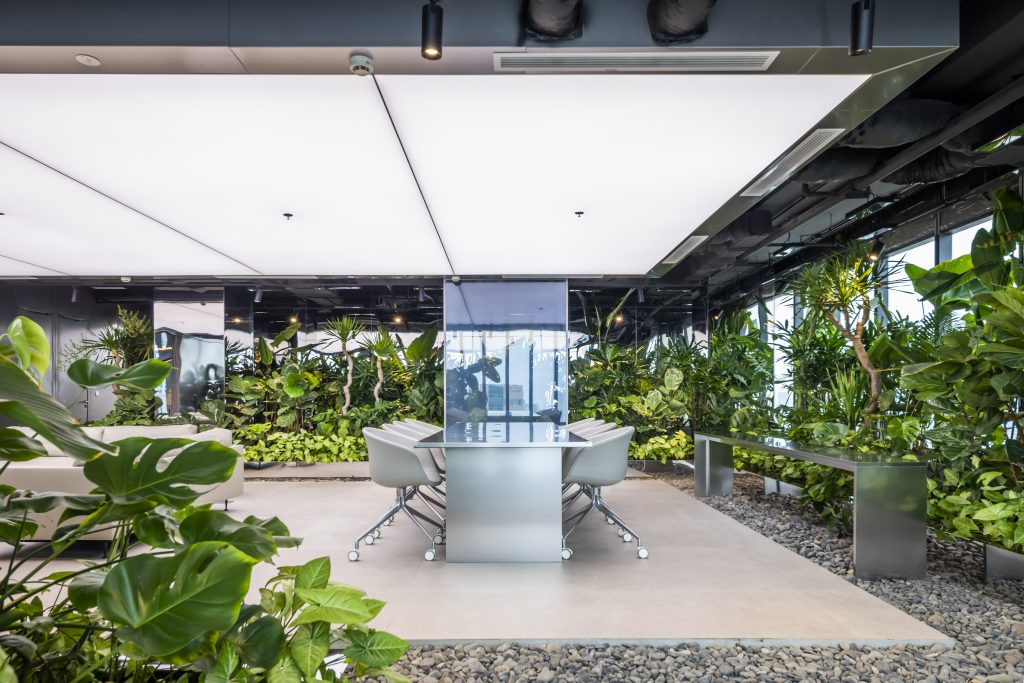 In a few decades, Vietnam has seen a considerable loss of its inherent green spaces. Rapid development has given way to concrete blocks in urban areas where businesses and workers are now compartmentalized. MIA Design Studio takes the opposite approach and remedies this lack. “We, children of nature, are always in love with the beauty […] 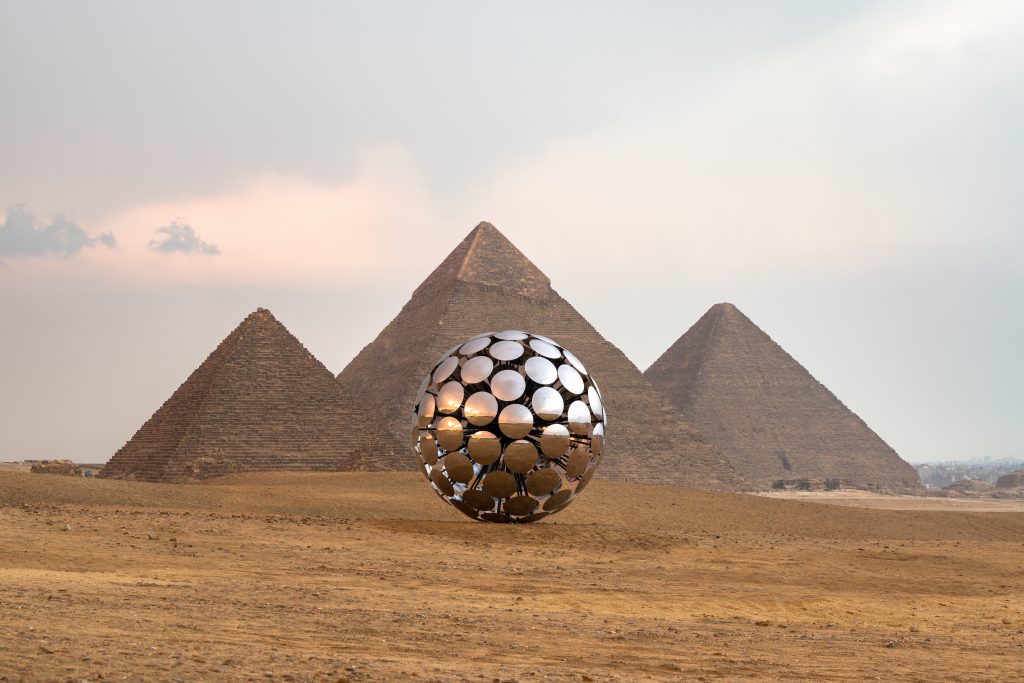 The Spanish artist creates original, reflective artistic experiences with strong formal approaches, such as this spectacular spherical sculpture inspired by Ancient Egyptian culture. In the heart of the pyramids of Giza emerges the Orb, designed by the Madrid studio of the artist SpY. This artwork is part of the group exhibition “Forever Is Now II,” […] 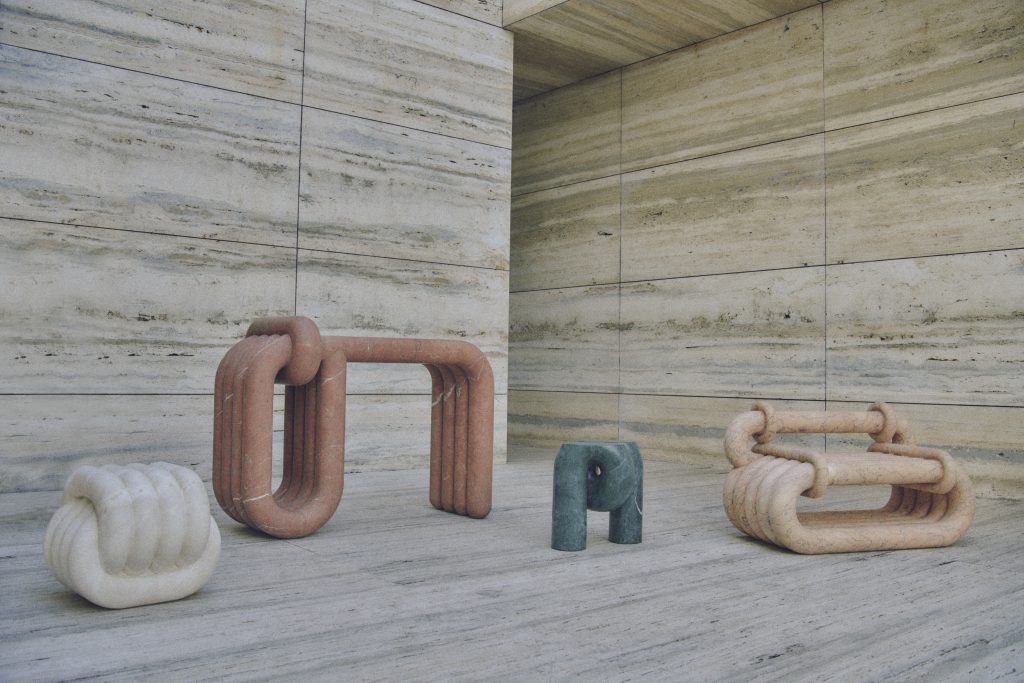 During the last edition of Miami Art Week, the Californian designer Kelly Wearstler presented her collaboration with ARCA, specializing in natural stone, pushing back the techniques of marble working.  A real darling of the West Coast, Kelly Wearstler strikes again with her latest collection. With “Nudo,” the American has disturbed our perception of materiality. Marble, […]

NONTALO, THE INGENIOUS EVOLVING STOOL MADE OF OLIVE PITS BY ENERIS COLLECTIVE 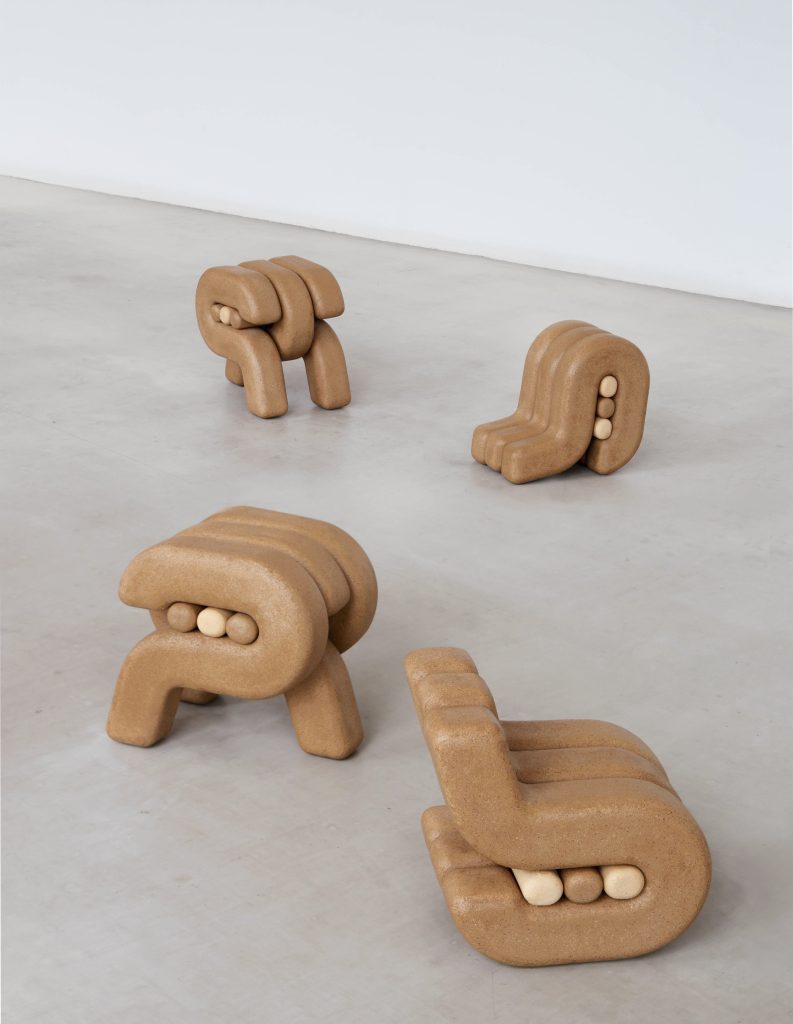 Behind Eneris Collective are Irene Segarra and Irene Martínez. Both specialize in sustainable materials, without pulling a train on a contemporary yet inclusive style. With its organic curves and elegant caramel hue, “Nontalo” looks more like a small sculpture than a functional piece of furniture, let alone one for children. It all started with the […] 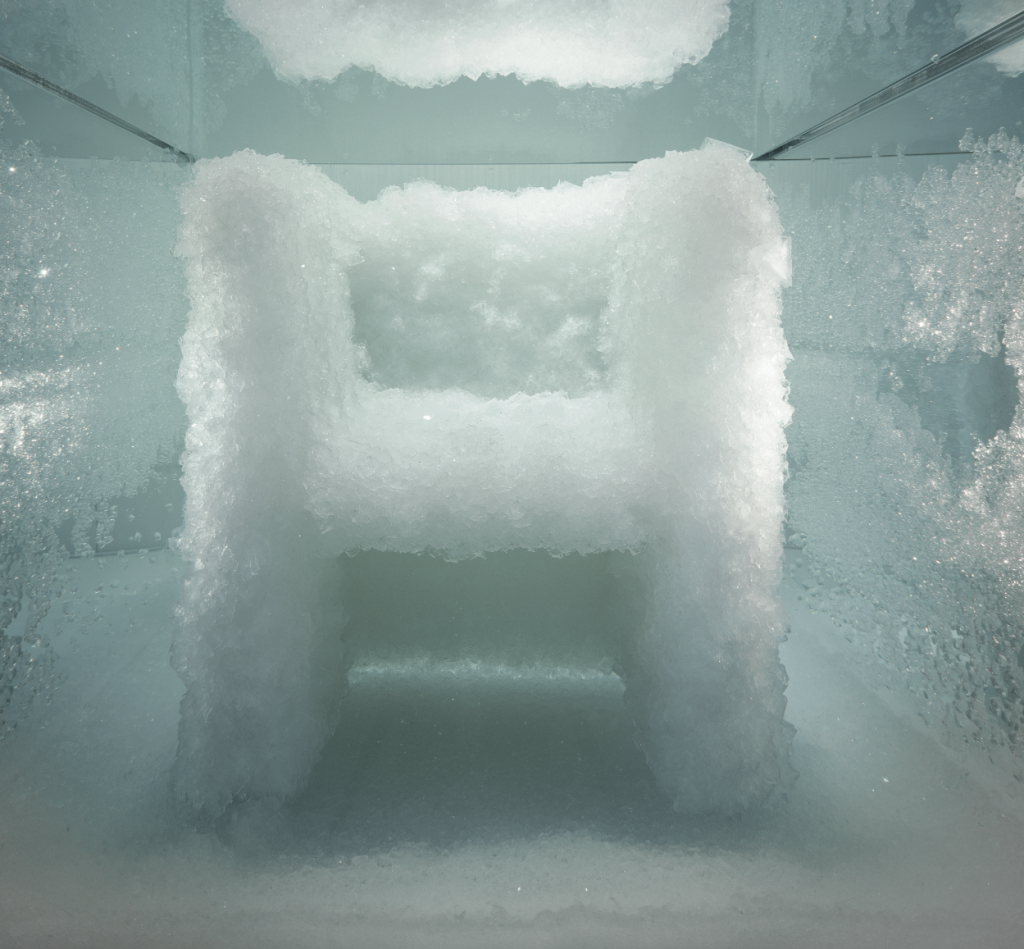 What’s new in biofabrication and the recreation of the living through digital design? From the iconic objects of modernist or Pop biomorphism to the most innovative research, the Centre Pompidou-Metz presents, through 400 works by 90 creators, a fascinating panorama of biomimicry in design, from formal inspiration (such as the organic forms of the 1930s) […]

THE SQUARE BY PIERRE AUGUSTIN ROSE