CITY: ONE OF THE MOST POWERFUL WORKS OF ART OF ALL TIME

More than half a century in the making, the American artist Michael Heizer finally opens his pharaonic “sculpture city,” in the heart of the Nevada desert, to the public. Land Art pioneer Michael Heizer’s legendary City (1970-2022) seems to emerge from another world with its abstract forms, composed of sand, compacted earth, rock, and concrete: […]

IN THE HOLLOW OF THE GREEK CLIFFS 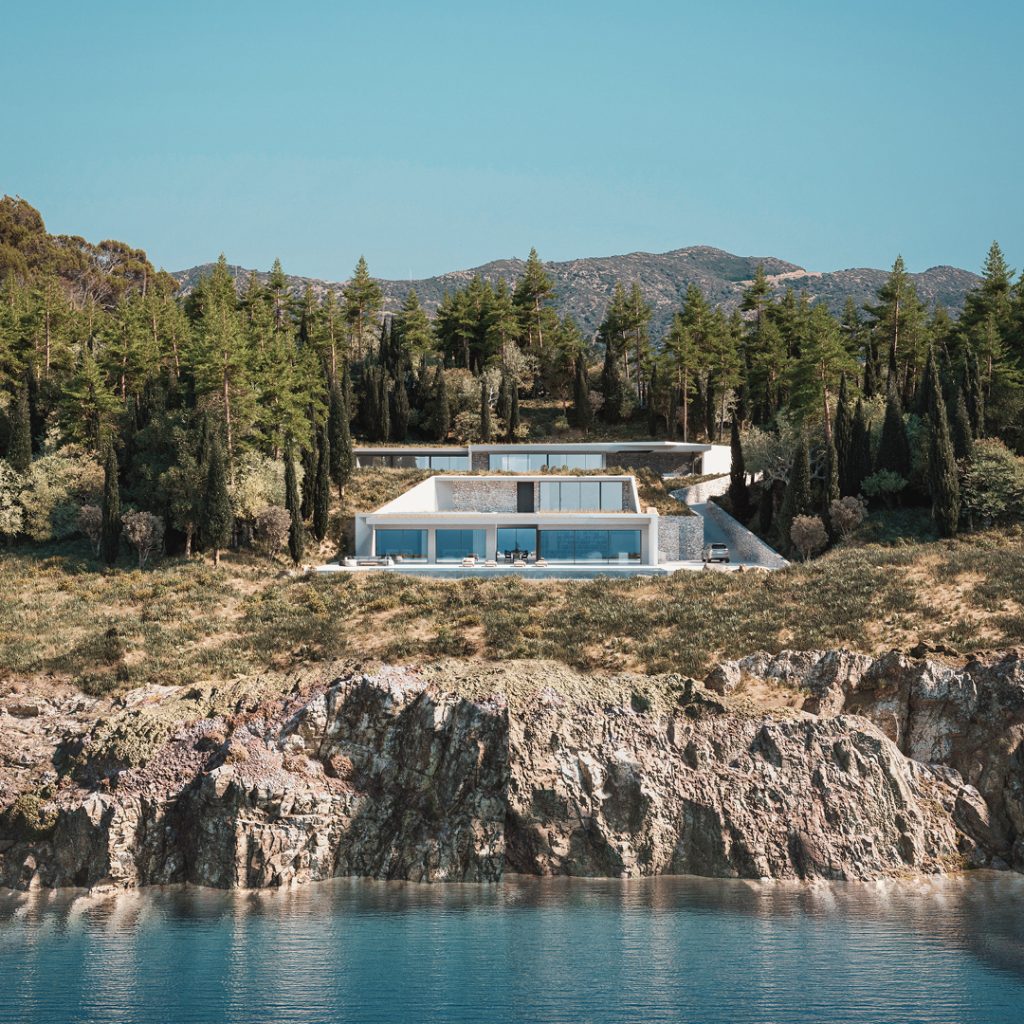 The philosophy of the Façade studio lies in its constant desire to redefine architectural thinking. To do so, the founders take us to Geni, a village in Lefkada, Greece, surrounded by rocky cliffs and the Ionian Sea. The project, called “Wedge,” won the Architizer A+Awards 2022 Jury Award. This complex, under construction, consists of two […]

Mathieu Forest Architecte and Zone of Utopia lend a hand and unveil the multifaceted nature of ice architecture. The two Paris-based studios have created an “urban indicator” for the cultural tourism center in Xinxiang, China, to bring together this new tourist district, which will be dedicated to winter sports. More than a building, Ice Cubes, […]

THE ART OF REJUVENATION IN MEXICO

Clubhouse Valle San Nicolás, located on the edge of the village of Valle de Bravo in the State of Mexico, brilliantly celebrates its surroundings with a 360-degree view of the landscape. The geometric construction is the work of Sordo Madaleno Arquitectos. The Mexican studio shows how natural conditions, such as the mountain and the lake, […]

ARCHITECTURE AS A PLACE FOR CULTURAL EXCHANGE 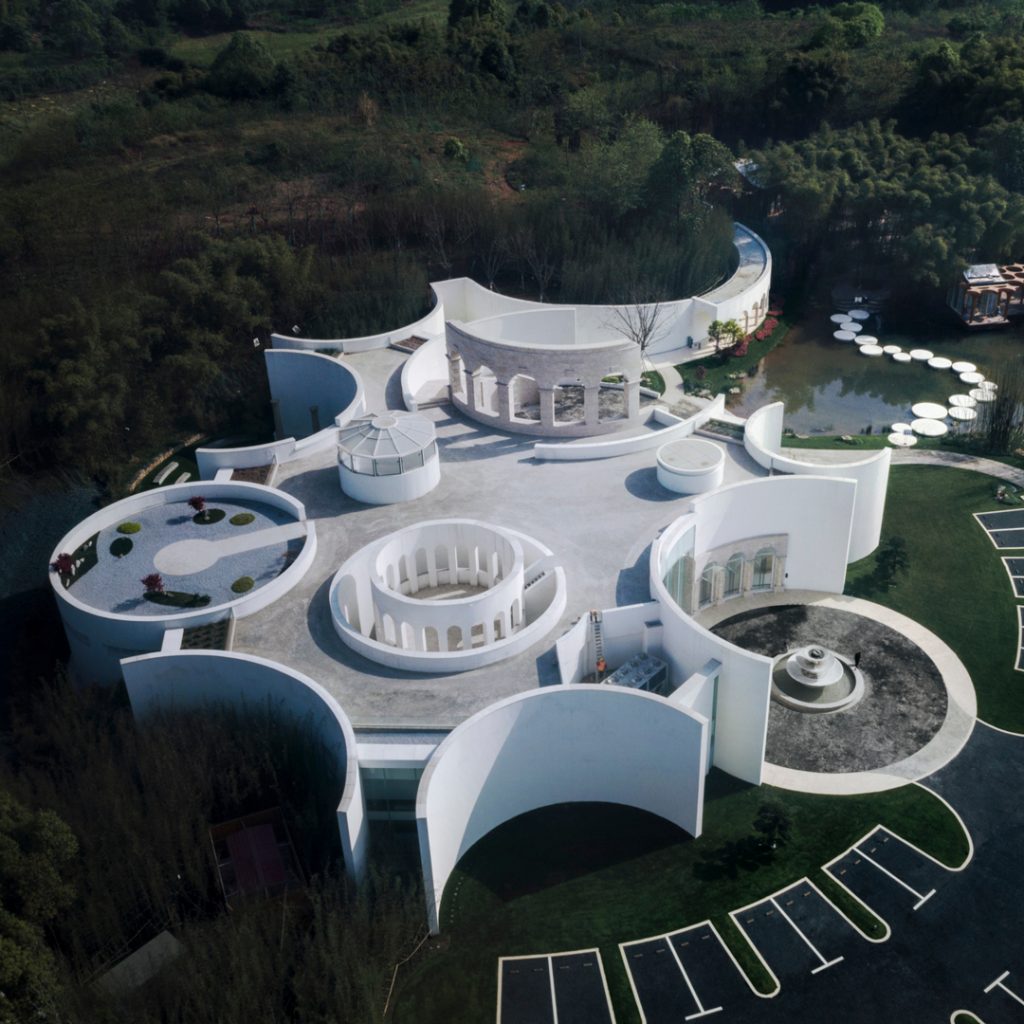 The Beijing-based architecture firm AOE has produced fine work with this first art center specializing in Sino-Italian cultural exchanges, in content and in form. The objective of this building, located near the city of Chengdu, is to present the respective Chinese and Italian cultures, and thus create an intersection between East and West. The general […]

BETWEEN URBANIZATION AND COUNTRYSIDE IN CHINA

The studio Z-ONE Architects, founded two years ago, explores creative solutions in different sectors, such as culture, media, technology, and the Internet, to better describe the future vision of space design. This large-scale project located in the agricultural park of Nantong, a city in the coastal province of Jiangsu, China, is a good example. This […]

TRANQUILITY IN THE CYCLADES

Four self-contained, eco-friendly, and private summer residences overlook the archipelago of Santorini, the largest island of the Cyclades, a remnant of a volcanic caldera. This geometric complex, designed by the studio Iraisynn Attinom, is primarily intended to be protected from the wind, while maintaining the privacy of the residents, the view of the Aegean Sea […]

In the heart of a skyscraper in the trendy Sanlitun district, in Beijing’s busiest shopping center, the Italian label’s apartment radiates its interiors in a serene atmosphere.  Chinese architecture firm Cheng Chung Design (CCD) has designed a series of luxury serviced apartments themed on secular brands. One Sanlitun by Bottega Veneta is one of them. […]

A SPECTACULAR NEW LIBRARY IN CHINA 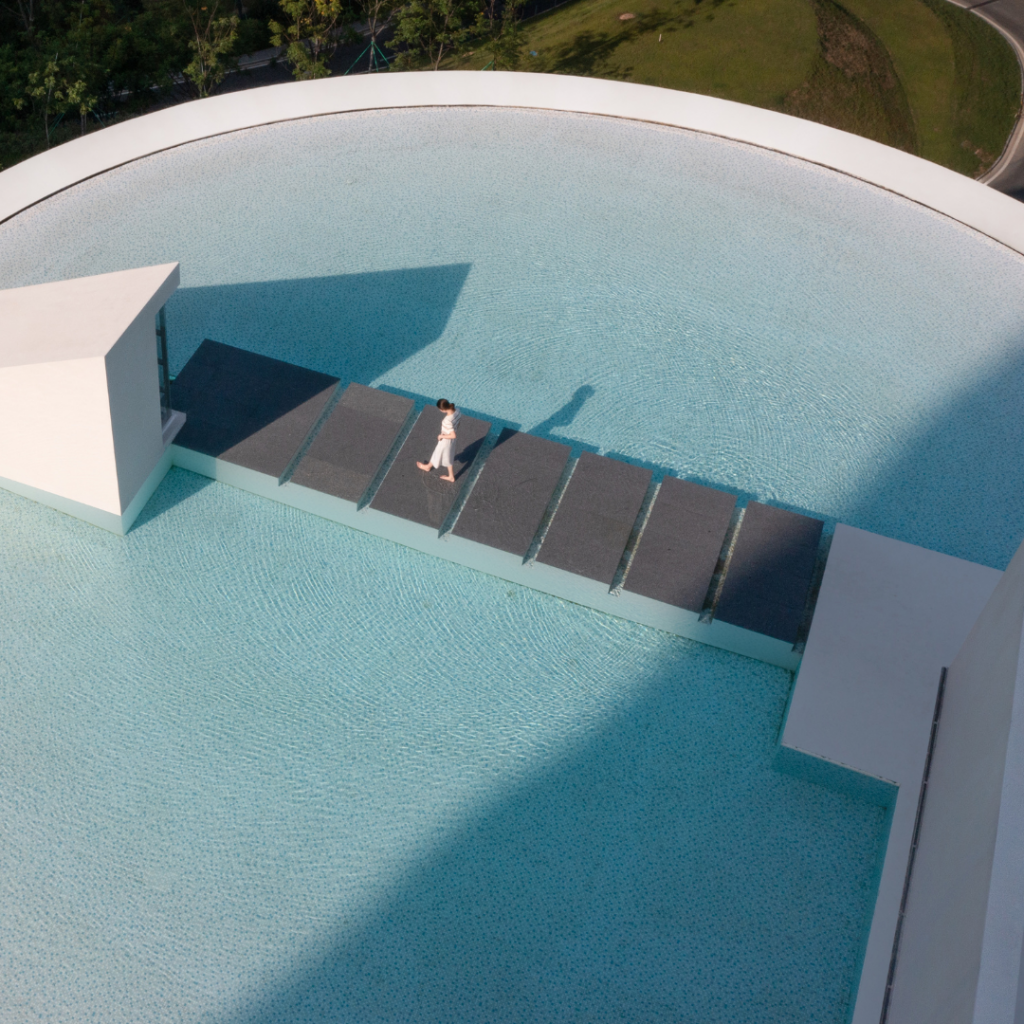 Located on a hillside on Shuangyue Bay in Guangdong Province, China, the Library Water Drop is a sight to behold for all book lovers. This superb circular architecture is designed by the Chinese studio 3andwich Design / Hei Wei Studio. Its design, surmounted by a water basin and overlooking the sea, overflows with poetic interaction […]

THE VINEYARDS FIELD OF ARCHITECTURAL EXPERIMENTATION 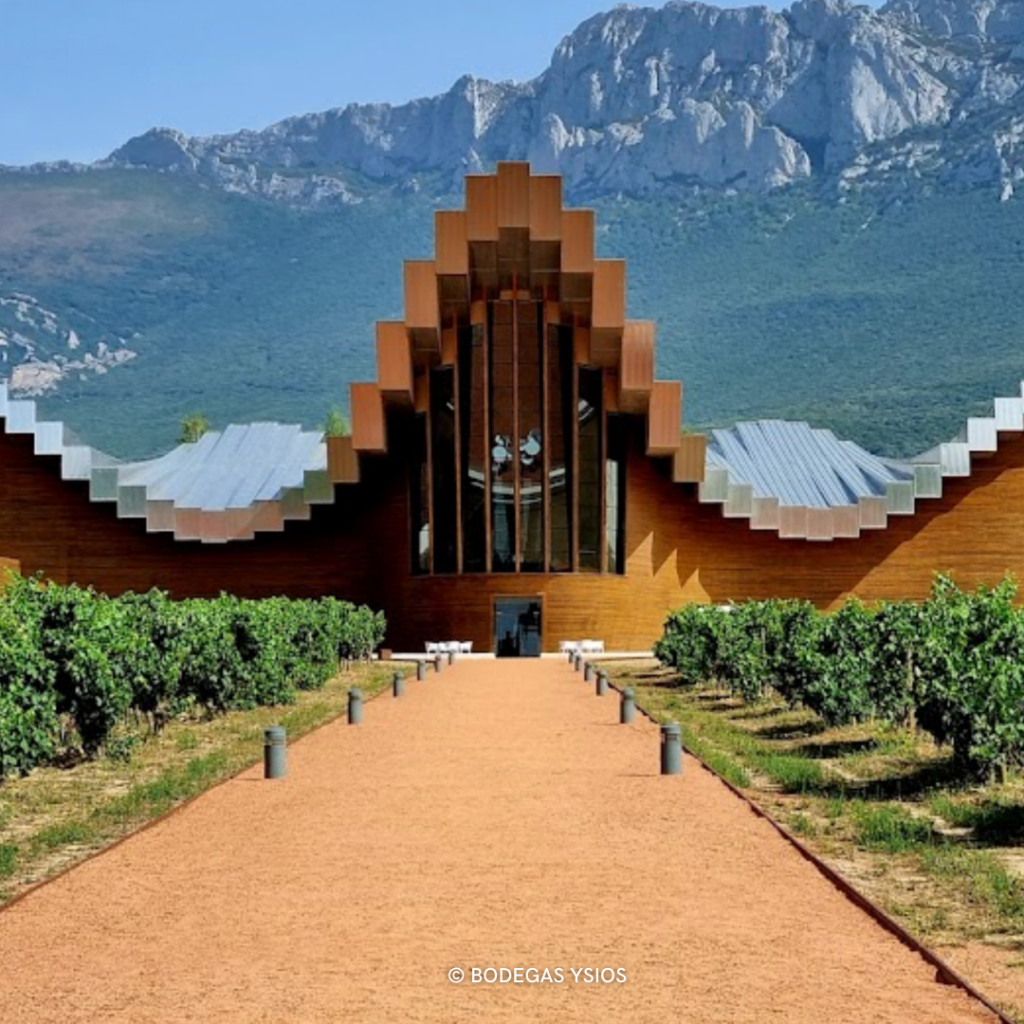 Recently, the field of wine has become a source of artistic expression. Many vineyards call upon architects to transform their cellars and create places that delight our taste buds as well as our eyes. Acumen shares with you four of these architectural follies.  Bodegas Ysios, Spain In the heart of the wine region of La […]