The concept of the LSD Gallery? An ultra-modern apartment redesigned as an art gallery 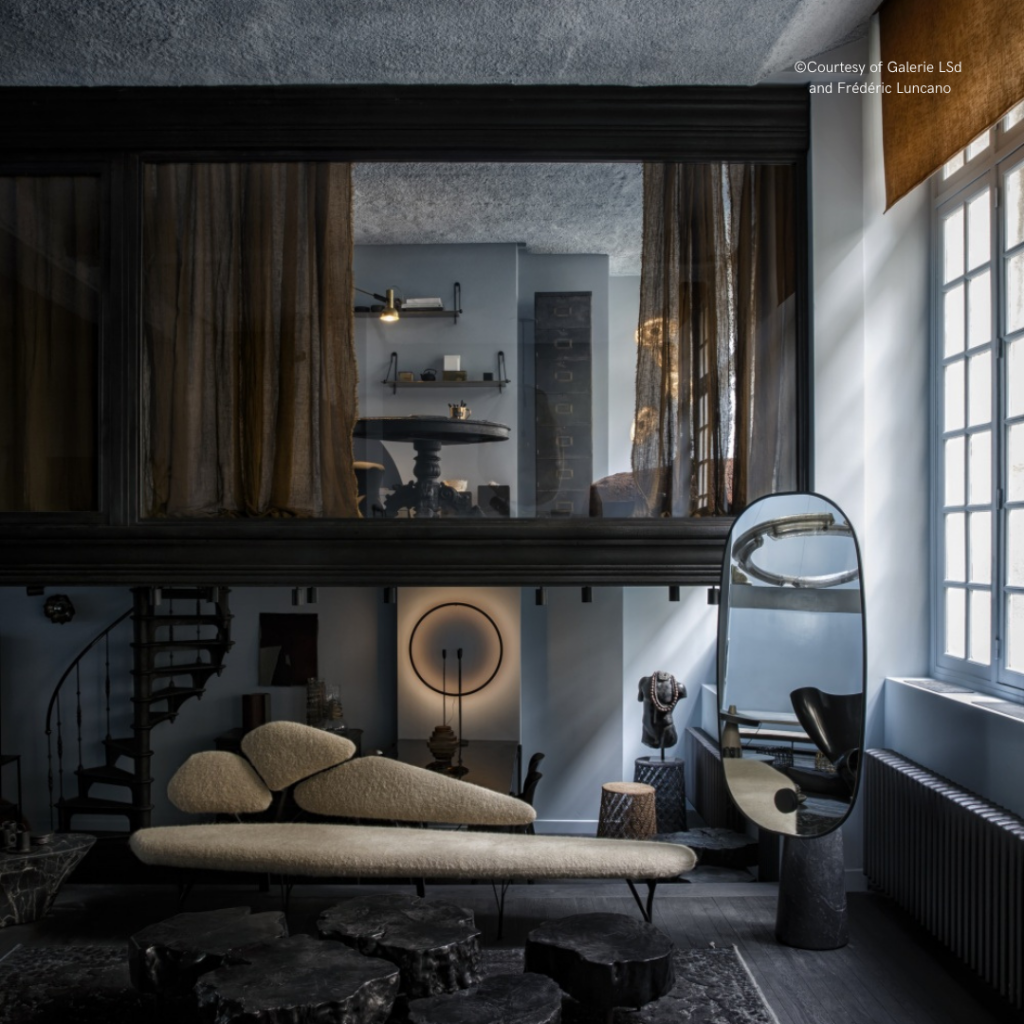 Nestled in a courtyard in the heart of the Marais, Laurence Simoncini’s gallery was co-created by the architectural collective de Cigüe. The apartment is located in a former 17th century mansion where the founder has established her interior design office with neutral colors: charcoal gray, raw wood, waxed concrete, brass, and subdued lighting. The rooms […] 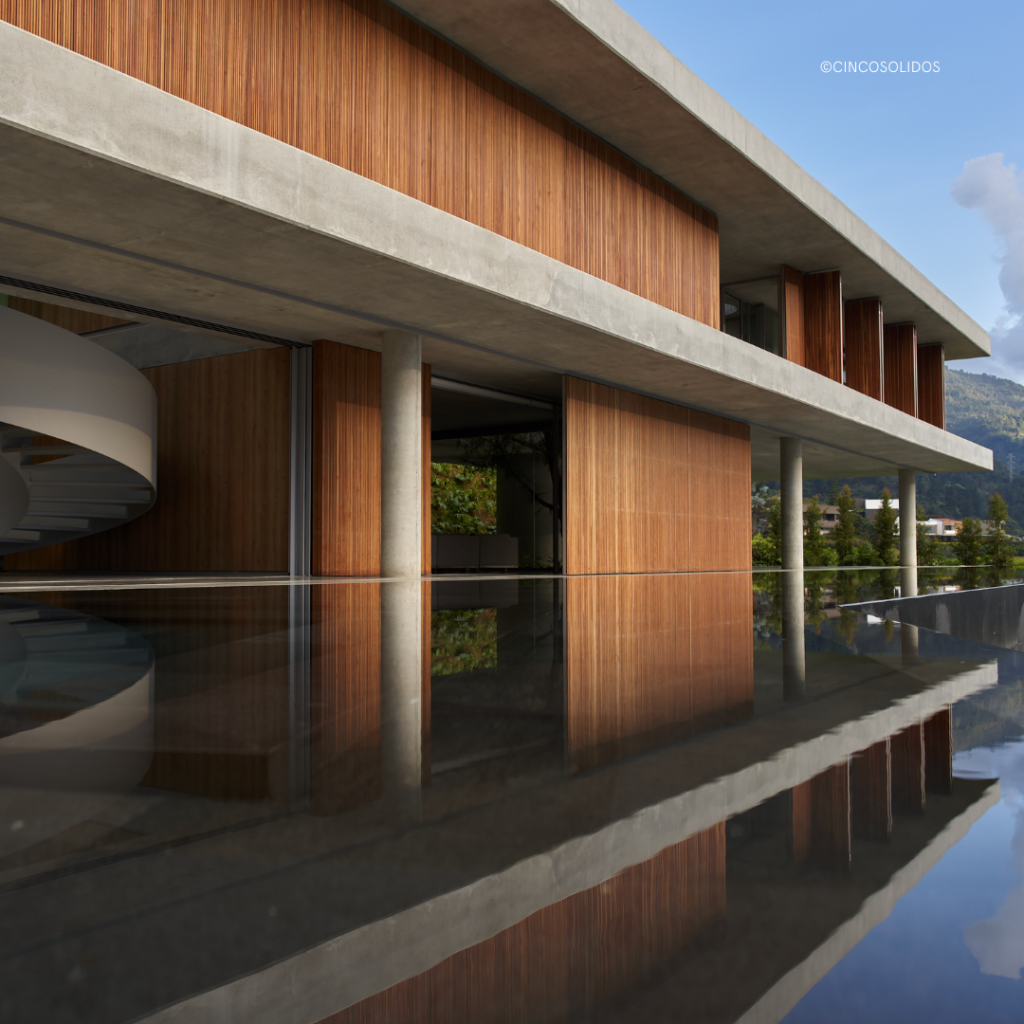 At Cinco Sólidos, a Colombian design and architecture studio, minimalism rhymes with integration into the environment. A house of 1100 m² designed to disappear in the mountainside facing the city of Medellín, Casa JL is a beautiful illustration. On the outside, lush nature has taken up residence around the wood and concrete structure as if […] 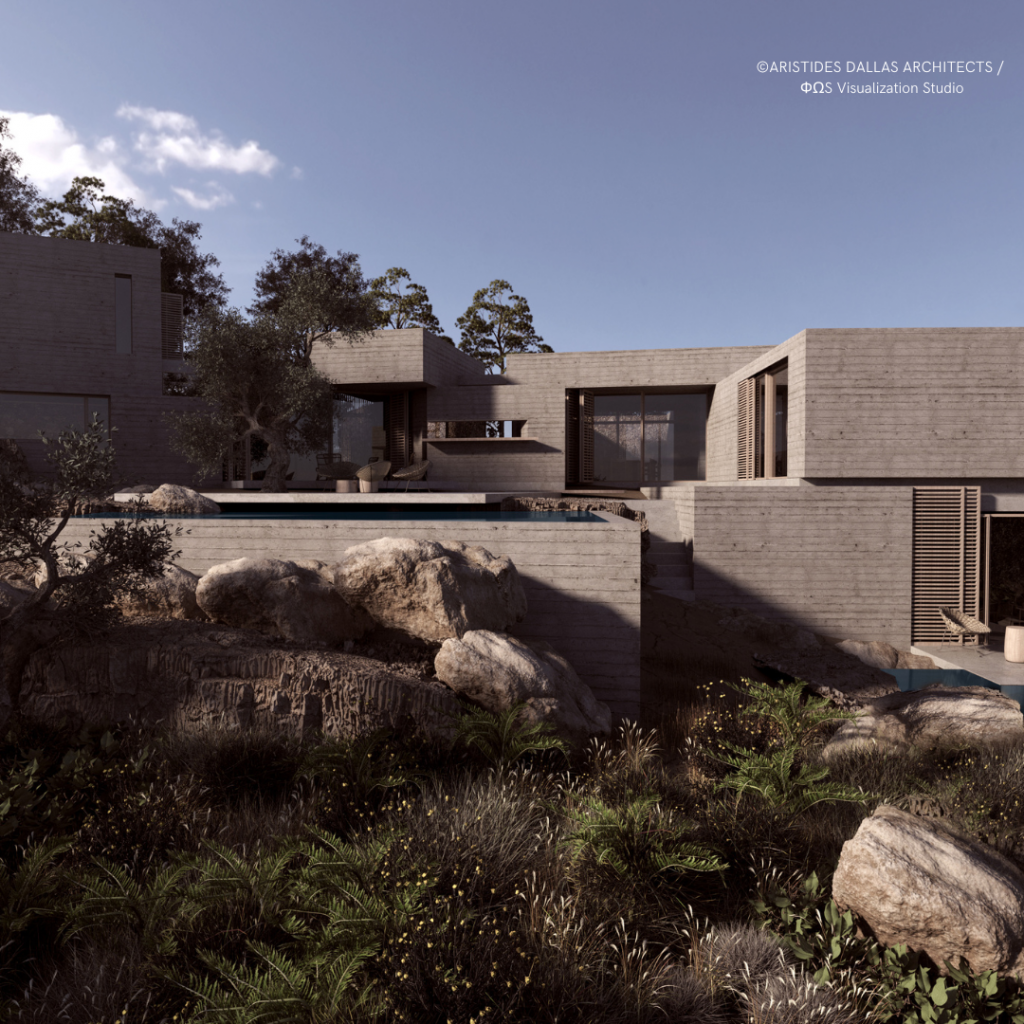 The architecture studio Aristides Dallas designs this elegant transformation: that of a country house into a luxurious farmhouse, located on the famous island of Cyclades. Not far from the sea, Villa Melissa is resolutely turned towards the wild and singular nature that surrounds it, guiding the view inside the plot, while making us wander via […]

The Salk Institute of San Diego in four points 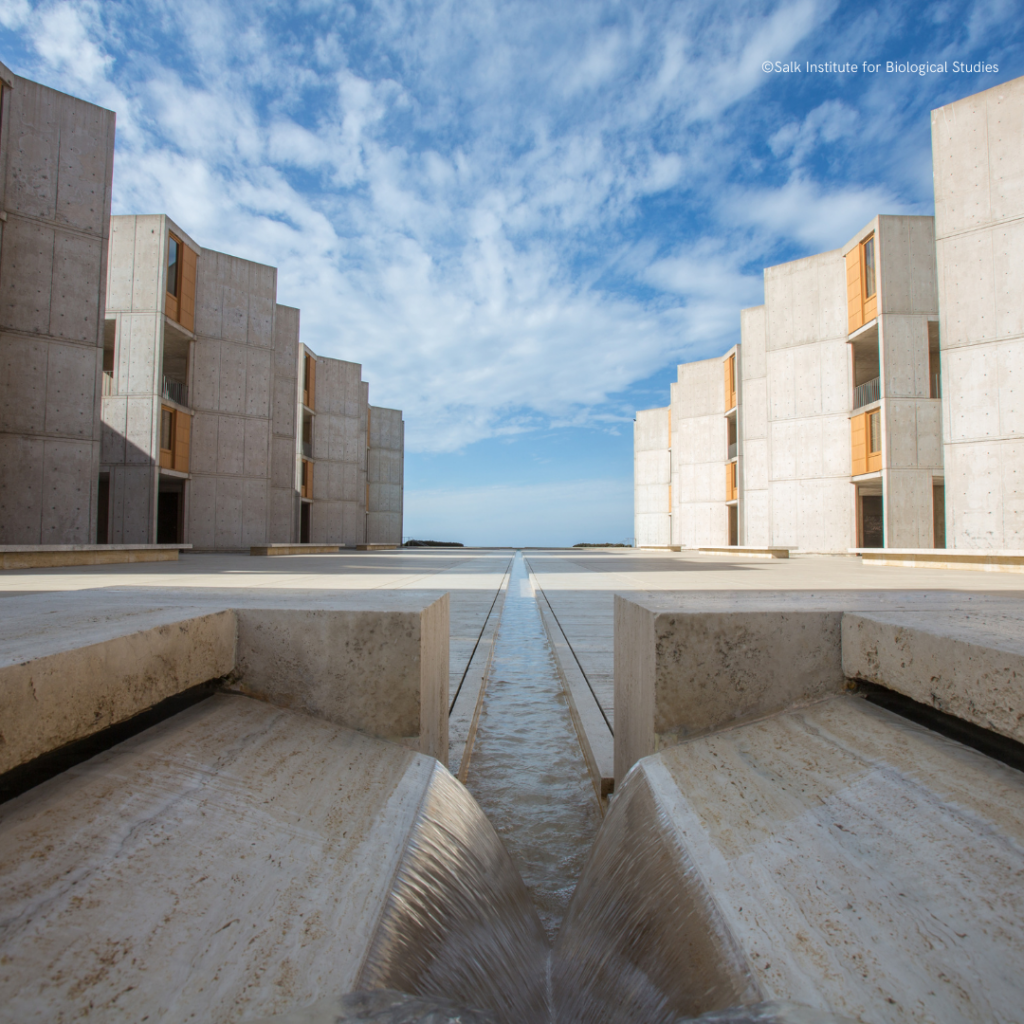 The setting for the Louis Vuitton cruise show, the brutalist building was designed by American architect Louis Kahn to house a research center. A Sustainable Space: John Salk, who initiated the center, which opened in 1960, asked Kahn to create spacious, uncluttered laboratory spaces that could be adapted to the ever-changing needs of science. Building […]

THE ISTANBUL MUSEUM OF PAINTING AND SCULPTURE 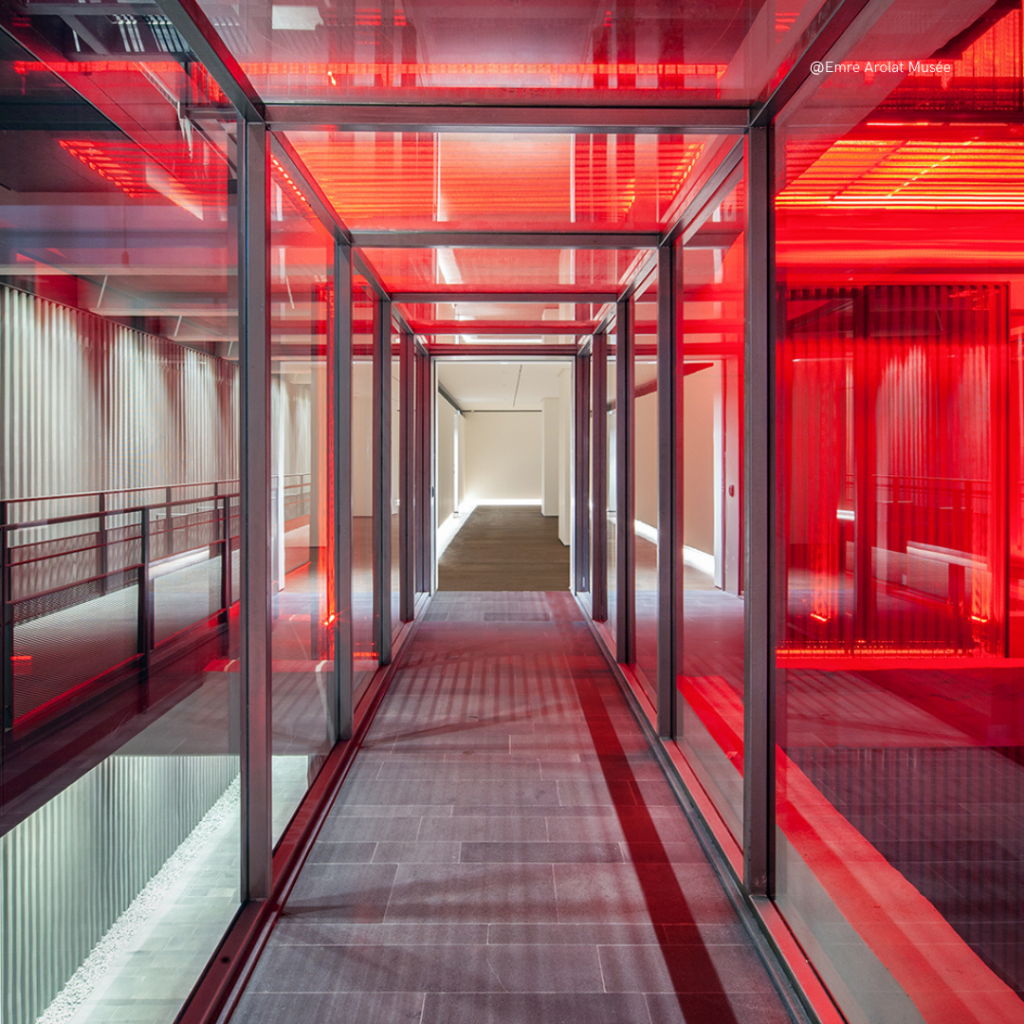 By EMRE AROLAT A former gas factory and warehouses transformed into exhibition spaces; no less than four museums in the making in the new Tersane district, spread out around the old arsenal rehabilitated by the famous Istanbul architect Murat Tabanlioglu; a former freight port transformed into a marina and a new promenade along the Bosphorus […]

A lush valley by MVRDV 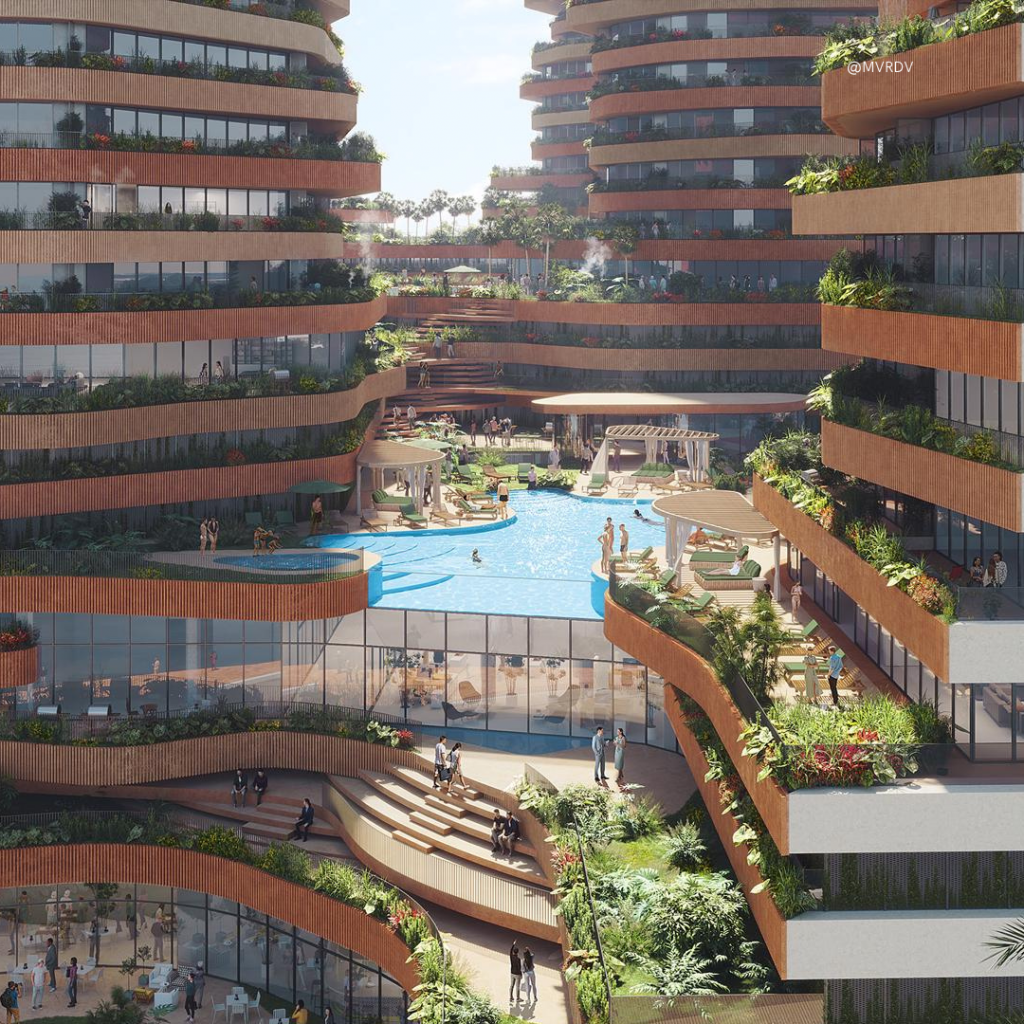 The Dutch architectural firm has unveiled the silhouette of its first ever project in South America – “The Hills.” Located in Ecuador, along the Guayas River in Guayaquil, this singular building is a group of six residential towers with organic silhouettes. The objective? To give birth to a “valley” with abundant nature and forms suggesting […] 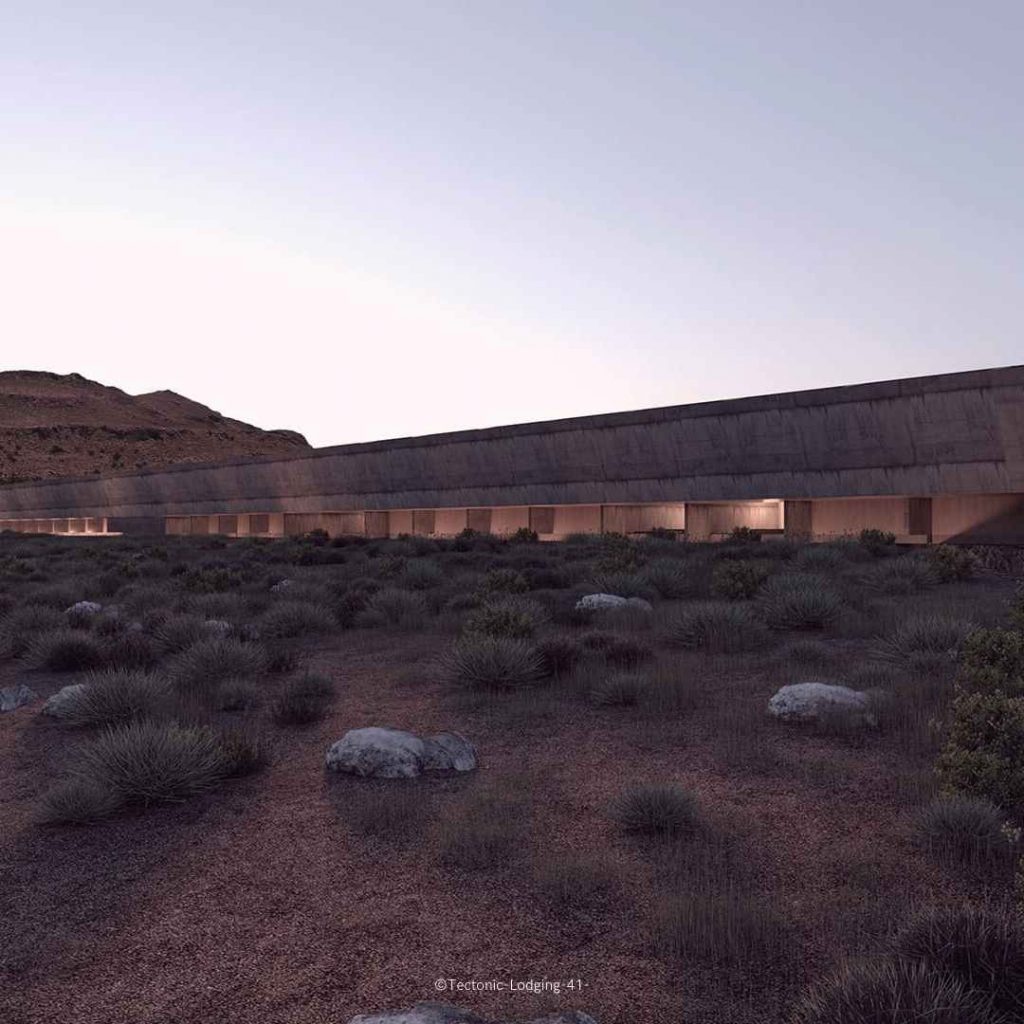 On the east coast of the island of Rhodes, where two tectonic plates meet, a fault line creates a break in the desert landscape. It is along this natural incision that the architecture firm Aristides Dallas has imagined a hotel project as a second skin on the ground. Inspired by the centuries-old history of this […] 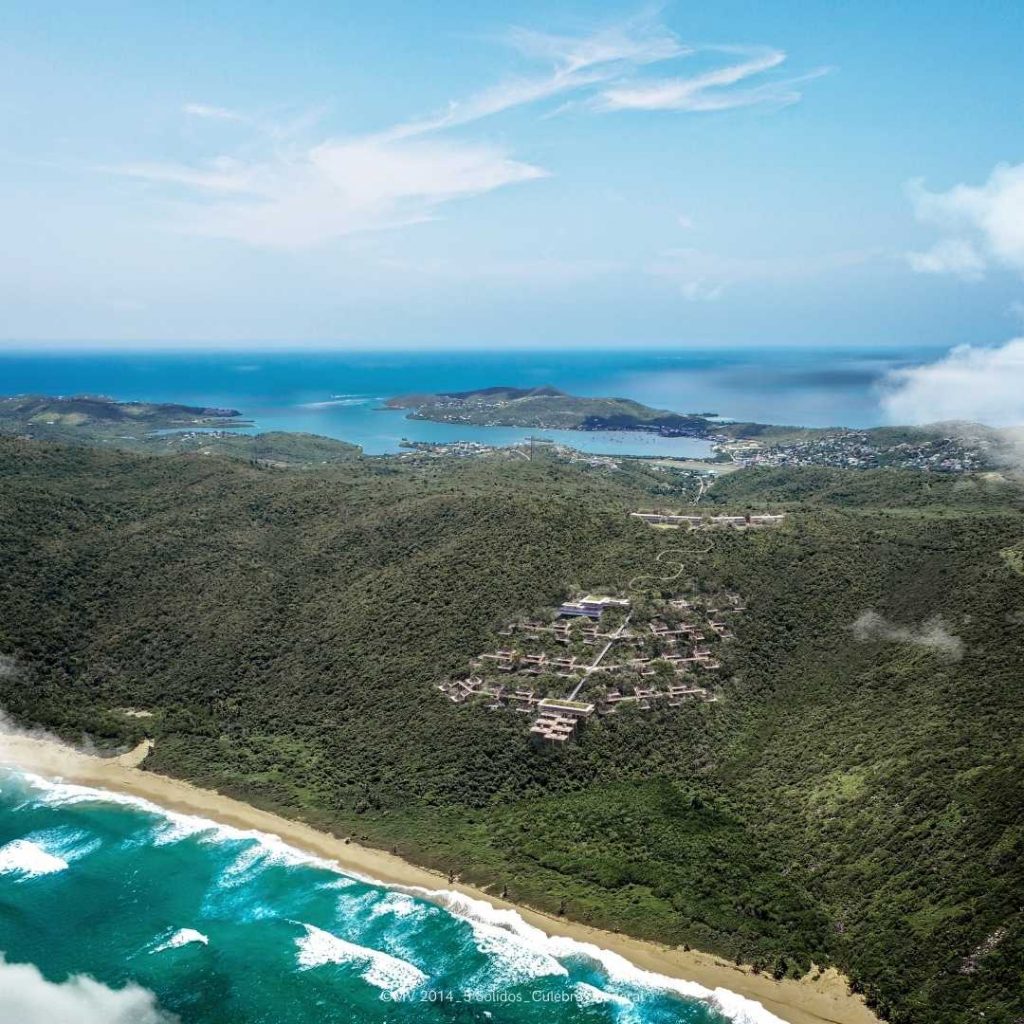 Cinco Sólidos is a Colombian design and architecture studio based in Medellín. Combining interior design, architecture, branding, furniture design, and project management, the studio’s international creations are renowned for their dreamy aesthetic. One example is this fascinating hotel project on a Caribbean Island. On the cliffside, with a breathtaking 180° view of the ocean, suspended […]

“Norfolk”: when Koichi Takada reinterprets the magic of pine trees 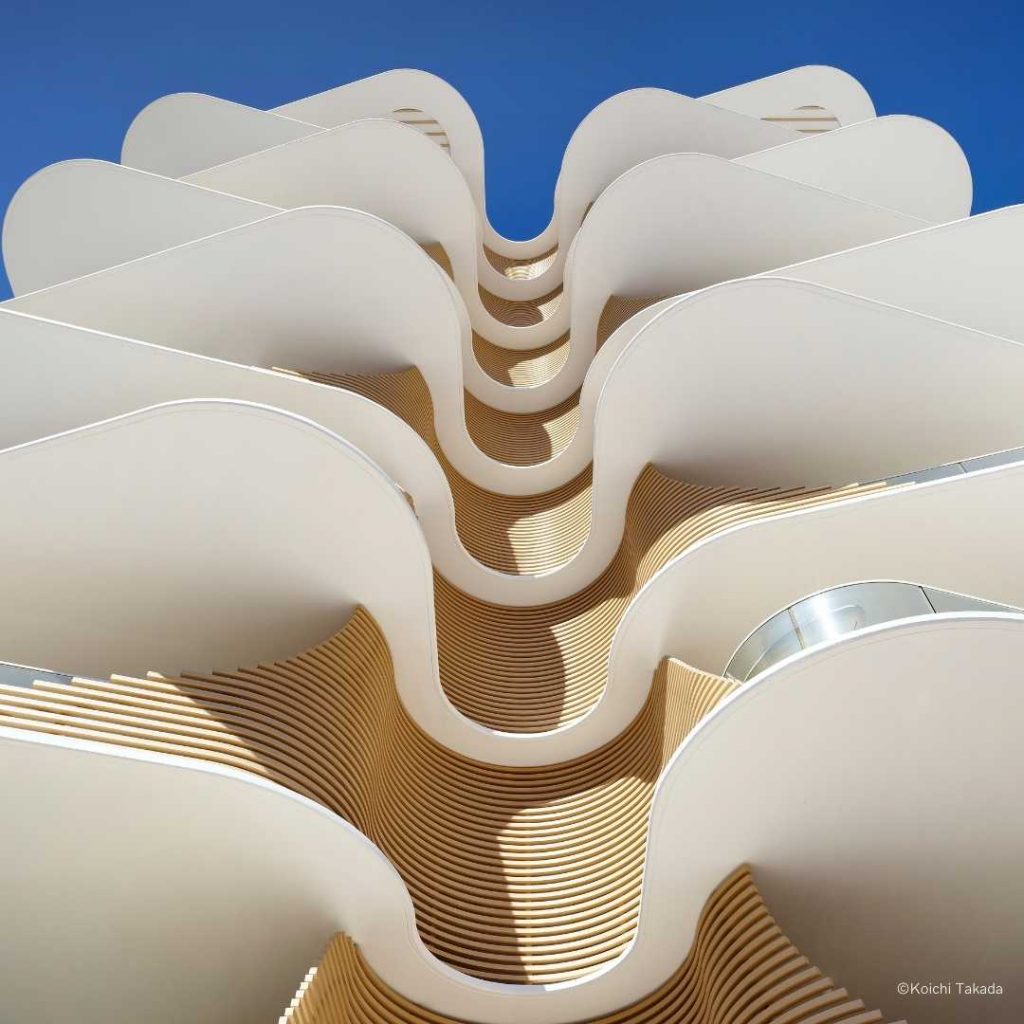 Inspired by the local conifers of Norfolk, this project by Koichi Takada is a sculptural building in Burleigh Heads, Queensland, Australia. Decorated with organic forms reminiscent of pinecone scales, the building was designed for this 1,000-square-meter beachfront site at Goodwin Terrace at the southern end of Burleigh Heads Beach. Ten stories high, it houses fifteen […] 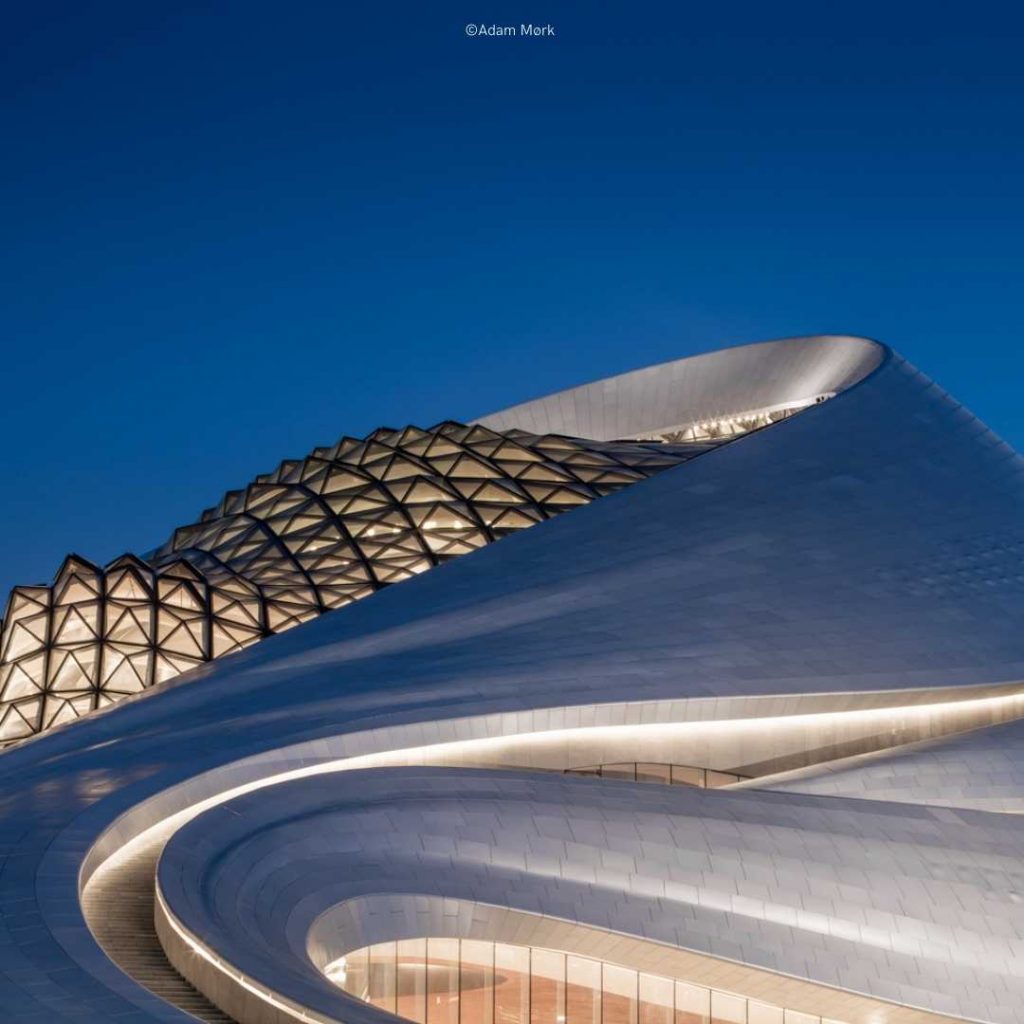 Do you know Harbin, an industrial city in Manchuria, with a wild nature and icy climate? It is in this Chinese province that the opera designed by MAD Architects is located. More than a cultural center, it is a spectacular public space that draws a link between man, art, the identity of the city, and […]