The upcoming 2020 exhibitions at Chapon venues

Since early 2020, Galerie Joseph owns 3 exhibition venues on the street of Chapon. Said street, located in the heart of the Parisian Marais, stands out with its ideal geographical situation : it indeed benefits from excellent visibility, as well as the cultural and artistic life of the Marais.

This year, the street of Chapon becomes a key location of Parisian art. All throughout the year, those three venues will welcome the works of artists with diverse personnalities and styles. To each their touch, their story, the message they want to send. 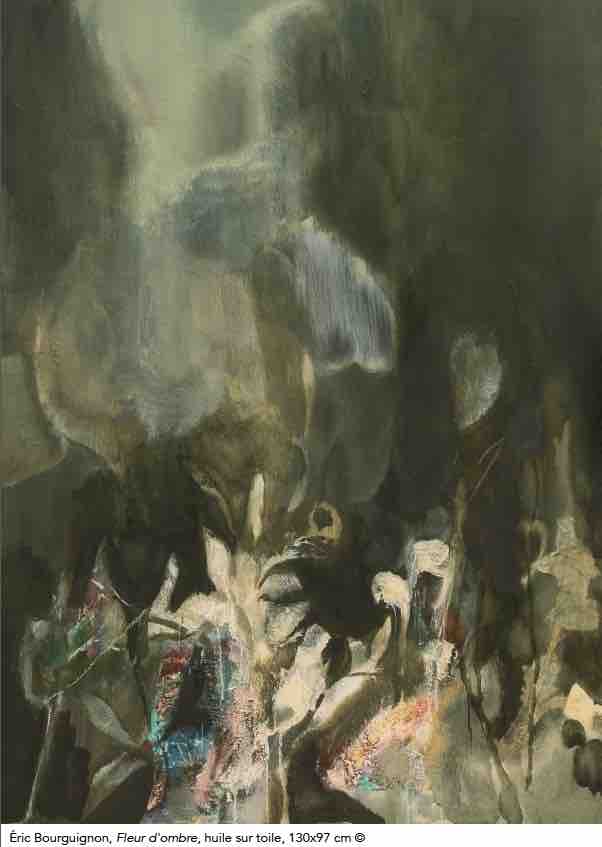 From January 31 to February 21, the works of French painter Éric Bourguignon will be adorning the walls of gallery Guido Romero Pierini Michael Timsit, located 21 rue Chapon.

In his works, the artist explores nature in its every form. Inspired both by contemporary artists and those who have come before him. Parietal art has a prominent place in the painter’s imagination. It can be found in the ochre, rocky tones of some of his paintings in one of the 2020 exhibitions. Bourguignon depicts the sky and the forest, the depths of the sea or underground caves. The presence of Humankind here is almost spectral. Human beings are painful apparitions in this nature both threatening and enveloping nature. The brushstrokes are lively, the colors and patterns both meld into one another… Yet, the ensemble is very meticulous. It evokes a great pictural sensitivity : a melancholy peace radiates from Eric Bourguignon’s paintings. They make us feel both the nostalgia of the past and the physicality of the present.

The new exhibition, « Érosion Anthropique », will open January 31 at the gallery Guido Romero Pierini Michael Timsit, 21 rue Chapon. Located in the heart of the Marais, the venue is available for rent during Fashion Weeks. The minimalist volumes and the modern layout of the 21 Chapon venue allows this atypical 130sqm space to truly stand out.

This is not Marion Bataillard’s first exhibition at the gallery Guido Romero Pierini Michael Timsit. For this occasion, she will be displaying her work along with two fellow artists, Marius Pons de Vincent and Miximilien Pellet.

In her paintings, Marion Bataillard represents humans at their most intimate, their most revealing. She lets the viewer enter the secret of her atelier, and reveals scenes halfway between dreams and reality. The flat tints mix with hazy, asepticized decors that feel both warm and cool. We ceaselessly cross thresholds towards what seems to be a wholly different world, where figurative realism and the fantastic are one and the same.

Marius Pons de Vincent depicts nudity at its most beautiful and absurd. Basing his work on photographed models as well as on himself, playing with artificial colors that contrast sharply with natural backgrounds, with nudity that he distorts into “paper planes”. His grotesque figures, his clumsy naturists attempting to find freedom through nudity, Marius Pons de Vincent embeds them in identifiable backgrounds. He breaks away from realism and photographs, in order to offer his own vision of the world and of flesh. He thereby finds a balance between exhibition and concealment.

Maximilien Pellet is an allrounder. Engraving, earthenware, silkscreen printing, frescos : he uses various methods in order to revisit traditional themes, legends, and History. His paintings made from coatings or ceramics allow him to look at those themes not only from an artist’s point of view, but also a craftsman point of view. As for painting, Maximilien Pellet uses ink, watercolors… And draws smooth, sometimes geometric lines, in an almost art brut fashion. The imagination is enthused by the materials, with the use of mosaics and roughcast render.

The collective exhibition of those three artists will begin on March 13. It is one of the exhibitions presented at the gallery Guido Romero Pierini Michael Timsit, 21 rue Chapon. The venue, located in the heart of the Marais, is also available for rent during Paris Fashion Week. It is bright, full of charm, and has a great surface area of  130 sqm illuminated by a front window overlooking the street.

From March 19 to April 11, the works of Amercai painter and sculptor Rosy Lamb will be shown 37 rue Chapon. This exhibitions will take place in one of the 20 venues offered for rent by Galerie Joseph for the upcoming 2020 exhibitions. A preview showing will take place on March 18.

The exhibition will begin on March 19 at the venue Galerie Joseph 37 Chapon Chapon. Located in the heart of the Marais, it is also available for rent for all your art exhibitions, showrooms, or pop-up stores. The minimalist volumes and the modern decor in this 75sqm venue allow for great personalisation. It thereby is fit for any event. 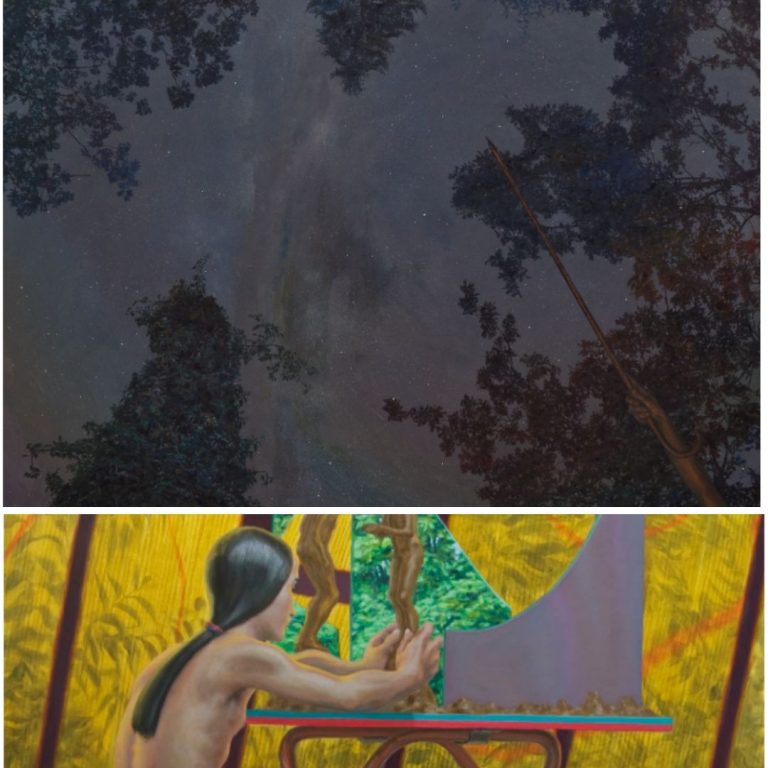 From April 17 to May 16, the works of German painter Simon Pasieka will be exhibited at the 21 as well as 37 rue Chapon. This event, one of our 2020 exhibitions, will take place in two of the 20 venues offered for rent by Galerie Joseph. It will be preceded by a preview on April 16.

The exhibition will begin on April 17 in Galerie Joseph’s 21 and 37 Chapon venues. The venues, located in the heart of the Marais, are also available for your art exhibitions, showrooms, or pop-up stores.  They benefit from an excellent location in the trendy Marais neighborhood, surrounded by many art galleries and designer boutiques. 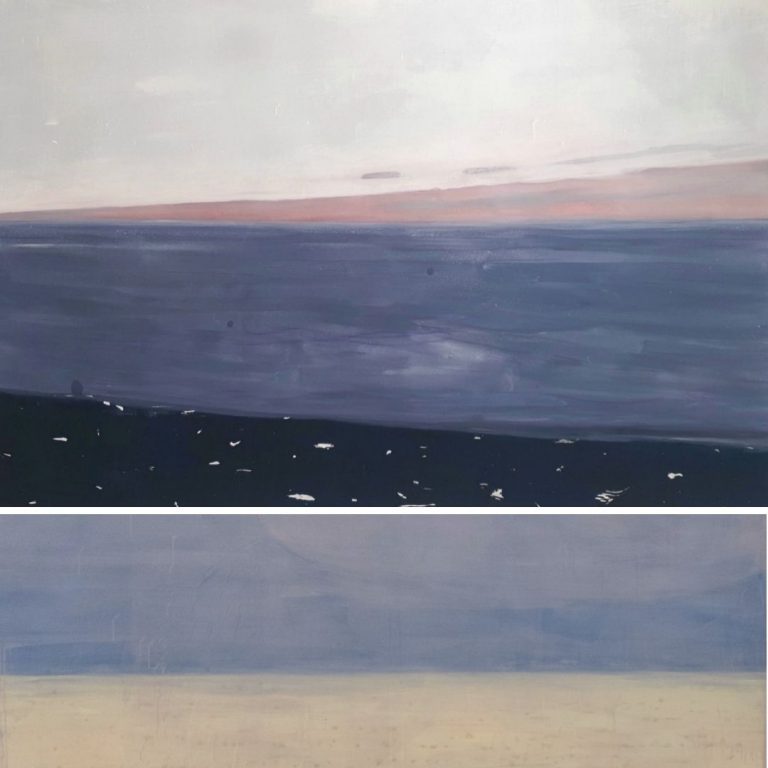 From May 24 to June 19, the works of Lou Ros will also be shown at the 20 and 21 rue Chapon venues. This exhibition will take place in two of the 20 venues offered for rent by Galerie Joseph for the upcoming 2020 exhibitions. It will be preceded by a preview on May 23.

The exhibition will begin on May 24th at the 20 and 21 rue Chapon venues. Benefitting from their neighborhood’s great activity while maintaining a very modern and intimate atmosphere, those venues are available for rent for any sort of event, such as art exhibitions, showrooms, or pop up stores.

Chanel Manifesto at the Galliera Palace

THE ADDRESS OF THE MONTH: CACHÉ RESTAURANT