It’s a tradition : Paris lights up during the Paris Fashion Week, the major event of the season. The time has come for the greatest fashion houses to show off the contents of their 2020 fall-winter collections. From the 16th to the 23rd of January, Galerie Joseph’s spaces available for rent will host a wide array of brands, in their many spaces in the heart of the Marais. Here are a few. 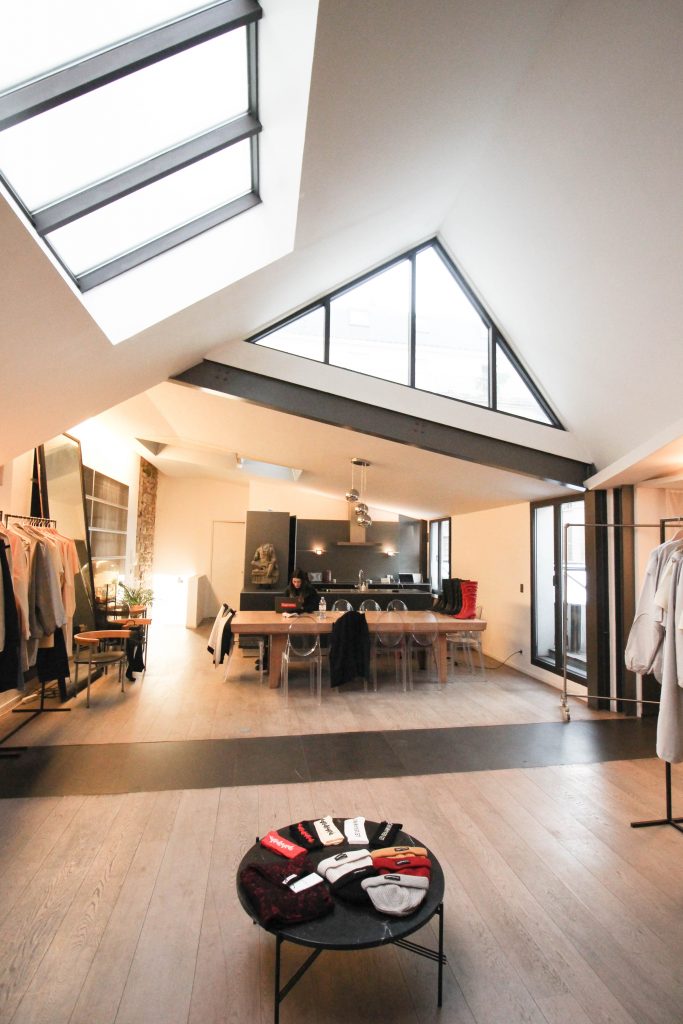 Les Benjamins at the Tournelles Loft for Paris Fashion Week : Fusion is Freedom

For the January 2020 Paris Fashion Week, Galerie Joseph welcomes the French streetwear brand Les Benjamins in its Loft Tournelles rentable showroom. This is where the brand, with its hybrid design that mixes together culture and comfort will present its new collection. The Tournelles Loft is a former foundry dating back to the first empire. It overlooks the splendid Tournelles street, as well as its many art galleries and trendy cafés. Galerie Joseph offers an opening to the Marais with this one of a kind space.

Undeniably, the Marais is a key spot when it comes to art, fashion, and culture. The creative energy of young brands such as Les Benjamins reaches its peak. In this respect, the spaces available for privatisation such as the Tournelles Loft cannot only be described as rentable rooms. They are well and truly unique spaces that will shed a spotlight on every artistic event : exhibits, pop up stores, conferences or showrooms. 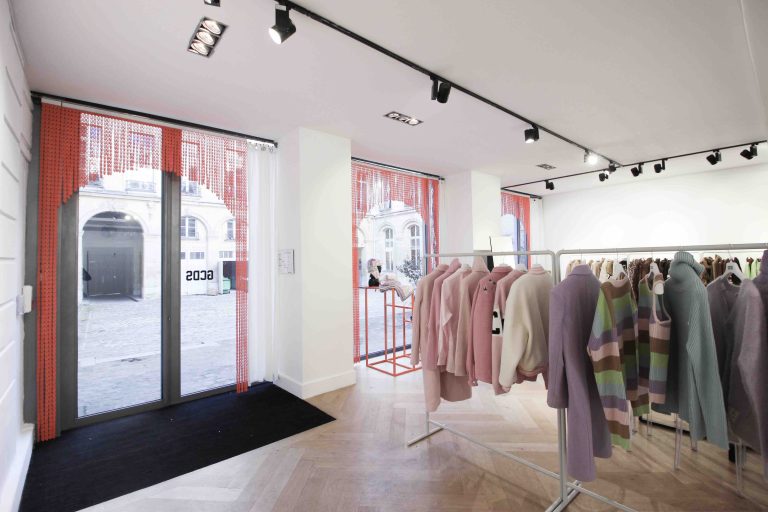 Milanese elegance for the Paris Fashion Week : GCDS at 6 Braque

Italian excellence is at Galerie Joseph ! For the january 2020 Paris Fashion Week, the GCDS brand will be at the 6 Braque showroom. This space, available for rent, is located in the heart of the historical Marais district. Between traditional savoir-faire and bold slogans, GCDS (God Can’t Destroy Streetwear) establishes itself as a reference. As such, the brand is perfectly at home in this cultural nerve center of the city of Paris.

This large, lively, luminous 175sqm rentable space is, indeed, located near the Centre Pompidou. It is also suitable for all kinds of events, exhibits, pop up stores, seminars… All in designated historical monument, which benefits from an ideal location as well as wonderful luminosity.

This brightness really highlights the space’s great capacity, with its 10sqm courtyard. The showroom’s location is also a great asset : the historical center of the Marais is a goldmine of exceptional spots. The 6 Braque space is surrounded with art galleries, stylish boutiques, high-end restaurants as well as fashion and design showrooms. 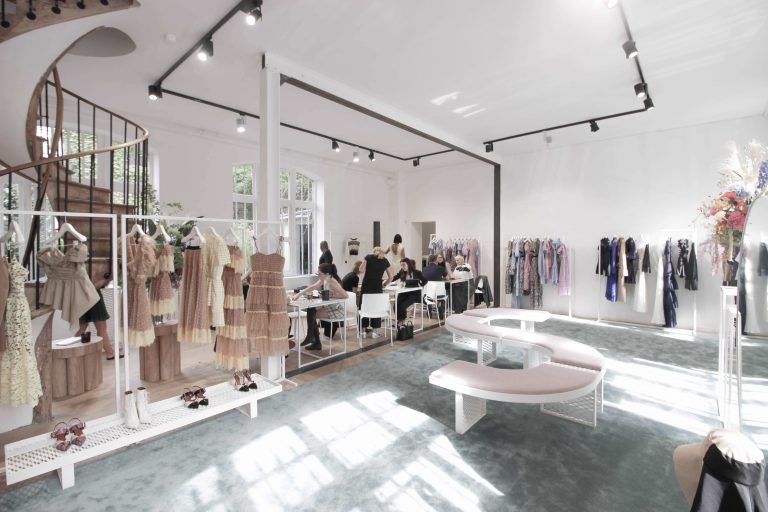 Tell your own story : Self-Portrait at 49 Tournelles

Looks for every occasion in a space where light reigns supreme, worthy of the city of fashion and arts… Such is what offers the Self Portrait designer brand, which is presenting its new collection at the 49 Tournelles space this Paris Fashion Week. The showroom is rented by Galerie Joseph in the Marais District.

This season, the vividly colored brand associates spring notes to lace, its signature detail. It will showcase its new collection in this one of a kind, atypical space, that benefits from large bay windows and an empire ceiling that reaches a height of 3,64 meters.

Original, sophisticated, and adjustable, this space is favored by its localisation, in the heart of the Marais. The Marais is a center of parisian artistic life, well-known across the world for its many designer boutiques. There’s also this bustling culture, which combines the French touch with the international, and its art galleries. This space’s charm also resides in its mix of vintage charm and modernity. Such a charm allows great flexibility, and turns private viewings, exhibits, as well as showrooms, into privileged moments, untouched by time. 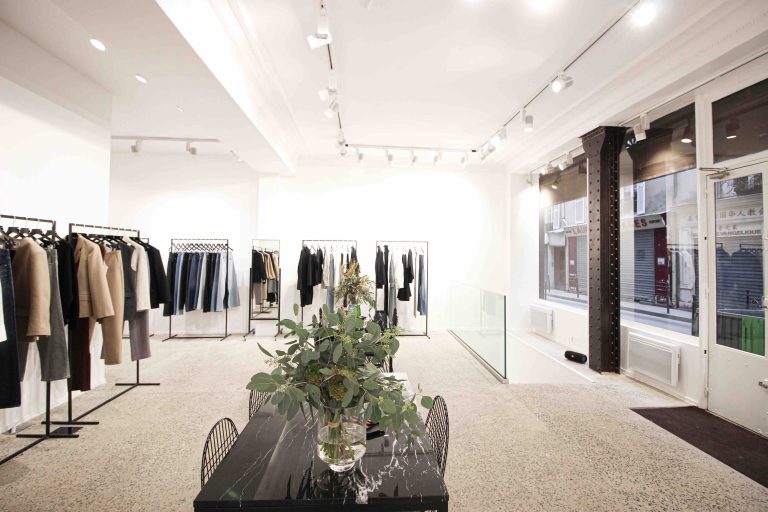 The swedish designer brand Totême, whose geometric design aims to create a « modern uniform », was born in 2014. Such youth is an asset : the brand’s bold lines have been astounding the public since its creation. Its new collection will be presented during the Paris Fashion Week in the 21 Chapon showroom.

This showroom is one of Galerie Joseph’s exhibit spaces, located in the Marais, at the center of Paris. This freshly renovated space benefits from a privileged, one of a kind location, in the heart of an art district. Totême’s pragmatic, androgynous style finds itself perfectly at home in such a neighbourhood.

The Marais is renown internationally for its culture, its many art galleries, and its bustling animation. In this parisian nerve center, inventiveness and refinement are legion. With its great, 130 sqm surface, and its large windows that overlook the street, the 21 Chapon space is unique. It also stands out with its minimalist, elegant decor, its two adaptable floors, as well as its design furniture.

It is Galerie Joseph’s first rentable space on the Chapon street. Its creation was followed in 2020 by the opening of two more spaces : the 37 and the 20. 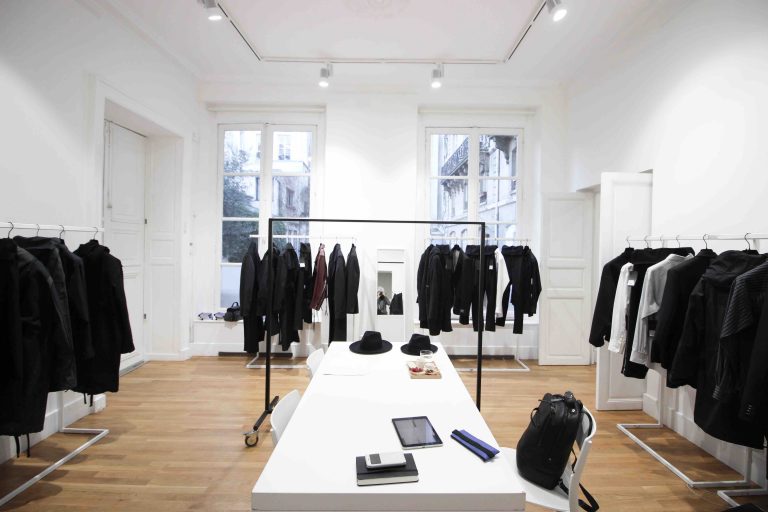 Between Naples and Milan : Isabel Benenato at the Tournelles showroom

The mixing of light and shadows is what best characterizes Italian creator Isabel Benenato’s work. Her trademark : a contrast between sensuality and candor, between black and white, classical and rock. Such a contrast is highlighted by the Tournelles showroom, where the brand is exhibiting for this Paris Fashion Week.

The showroom is available for rent in the Marais district, a district filled with art, fashion, and creativity in the heart of Paris. In this atypical building dating back to the first empire, the four double windows overlook a verdant courtyard, letting plenty of sunshine in. This way, the 115sqm space is magnified, just like Isabel Benenato’s powerful lines. The tree-filled courtyard surrounding the space makes it exceptional, fitting perfectly for photo-shoots, cocktail parties, seated dinners, or pop up stores. 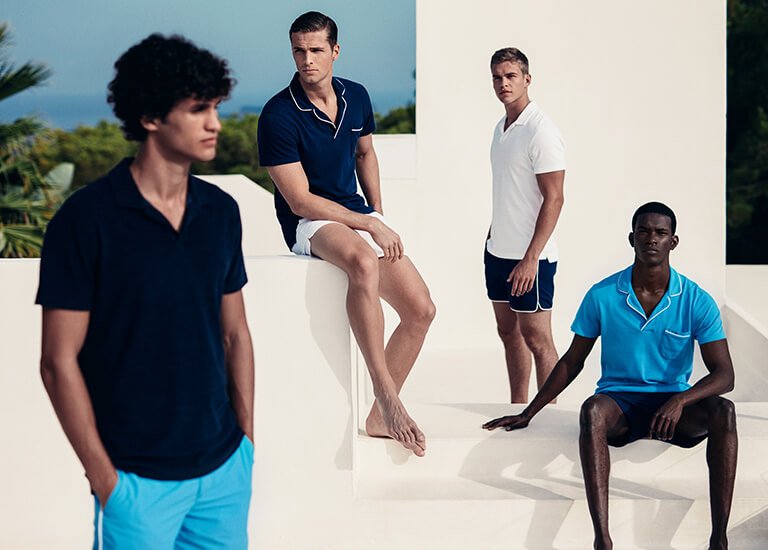 Orlebar Brown revealts its new collection on the occasion of the 2020 Paris Fashion Week. After completely reinventing men’s bathing trunks, the brand did not stop there : it has spread considerably since 2007. Orlebar Brown now offers a great range of products for men and children. It reaches from their iconic swimwear to footwear, as well as sweaters and jackets.

To welcome this event, the menswear label chose the Open Space Tournelle as an exhibition space, in the heart of the Marais. It is ideally located between the trendy Boulevard Beaumarchais and the street of Tournelles. As such, the showroom space stands out with its unique atmosphere and its doorway to the Marais’ culture. It is located in the heart of a tree-filled courtyard, in a 115sqm building dating back to the first empire. This space will bring out the brand’s sophistication, especially with its natural materials and its great luminosity.

Chanel Manifesto at the Galliera Palace

THE ADDRESS OF THE MONTH: CACHÉ RESTAURANT